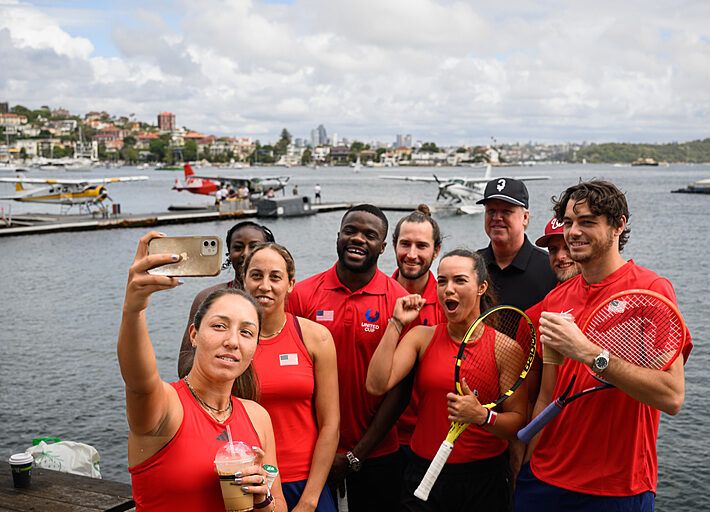 SYDNEY – Freshness, novelty and entertainment is what the United Cup is bringing. The mixed teams tennis competition, which fuses elements of its predecessors, has those who have tried it very happy. They love it.

The last great memory of the sport with men and women together outside of the Grand Slams was a match that revolutionized tennis.

Serena Williams versus Roger Federer. The two top names of an era. The most popular tennis players in history in an unprecedented mixed doubles showdown at the Hopman Cup, the exhibition that until that 2019, brought together several male and female tennis stars in Perth to compete under its flag. North American Frances Tiafoe and Swiss Belinda Bencic were the supporting actors.

For Federer, a match that had him nervous. For Williams, “the match” of her life, as she said later. The Hopman Cup reached its media peak in its 30-year history just before disappearing to make room for the ATP Cup, which relegated the women. An attempt by the ATP to compete with the Davis Cup.

The United Cup came to the rescue of the concept three seasons later. Today, players recognize that tennis was missing that spice that mixed gender events have. The eternal wish of Billie Jean King, who wants to see tennis more mixed between genders,”I would love to see men and women on the same team. That’s how I want to see the world.”

The Hopman Cup, which will return in July 2023 in Nice, lacked the competitive level seen in Brisbane, Sydney and Perth. The best ingredients were tucked into the juicer this time.

“It’s great. On the women’s side, in a sport as big as tennis this initiative helps us grow. To be on the same level as the men is very cool for us. Getting the same prize money and TV coverage, we’re always going to love it. We play so many tournaments with the same draw, the same people, so it’s very refreshing to play something new,” world number three Jessica Pegula tells CLAY.

She’s been in Sydney representing the United States, as is her friend Tiafoe, with whom she played the mixed doubles against Germany. “I’m on the same page. I love playing with Jessica or just sitting on the bench and watching the battles up close. Practicing with them is a great thing too, it’s good for tennis. I genuinely love it, hopefully the event will continue to be organized.”

Britain’s Dan Evans was brutally honest at a press conference about his ignorance of women’s tennis, “We men should be the first to admit that we don’t watch enough women’s tennis. We could be a little bit better educated about the way they play.”

Tiafoe speaks for himself, “I love tennis, so I’ve always been aware of the level of women.”

“It’s nerve-wracking to watch them play, you want them to do well and you realize it’s very different from the style I play. The captains do a great job of making that switch between men’s and women’s tennis. The ATP Cup took us out of our comfort zone when it comes to being on the bench and we have to give our opinion of what our teammates are doing on the court. We have to be careful what to say and what not to say. I enjoyed watching Harriet (Dart) and Katie Swan give it their all. Let’s hope for a repeat event,” Evans elaborates on his confession. 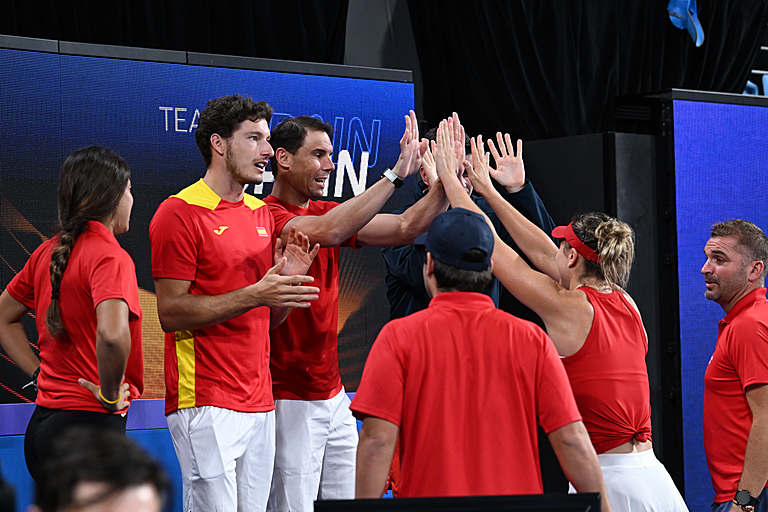 Paula Badosa tells CLAY that sharing with her male teammates helps her, “When I train, I try to be more like them. I learn a lot from the men’s side and I think they also learn from us”.

The Spaniard was being coached by Rafael Nadal, in a match she won despite cramps against Great Britain’s Dart. This was an unprecedented situation for Nadal, who had only seen himself in such a position in the Laver Cup.

The reigning Australian Open champion, meanwhile, said he liked the idea and the event itself. He wants the United Cup to continue and to improve for its second year, and therefore criticized its format, which made Spain and Australia play a series without the necessary relevance, after British qualification by winning both matchups previously.

Tennis has changed over the years. In the 1980s, the team dynamic was more present on the tour, and for Sweden’s Mats Wilander, it is very important to give players more of that dose.

“The team concept was much more permeated in the old days. Tennis players were not surrounded by their staff like today, tennis is too individual. We used to hang out with all the Swedes. When you put tennis players to compete for each other, you give them a very healthy practice. And it is much better that they have included the women by organizing this mix between the Hopman Cup and the ATP Cup,” the seven-time Grand Slam champion told CLAY. 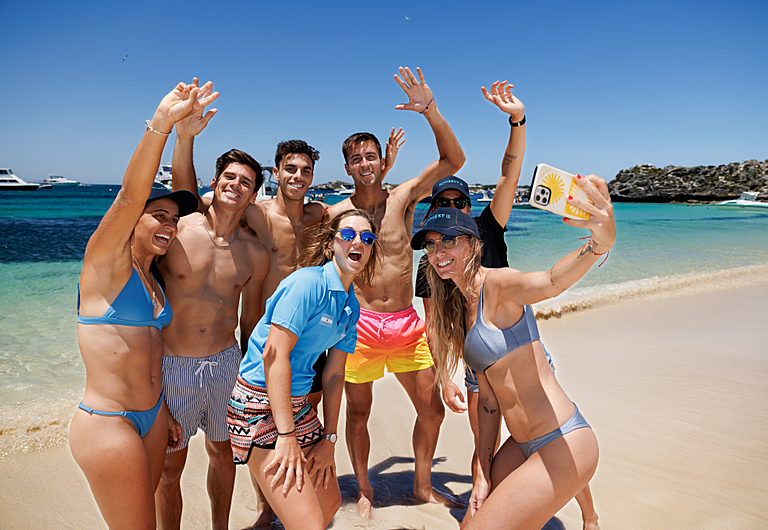 Along those lines, Stefanos Tsitsipas believes that tennis players feel the lacking of events like this. “When I experienced the Laver Cup, I felt that tennis had something new and fresh. I learned a lot that week. We need to live that team spirit and that’s why we Greeks are very united, thinking about the goal of winning the United Cup. In tennis, I like nothing better than competing as a team”.

France’s Alizé Cornet, soon to be 33, says her experience on the French team in Perth led her to get to know her teammates better despite nearly two decades in professional tennis: “I didn’t know Adrian (Mannarino) and Arthur (Rinderknech) that well. We like each other very much as a team. When I play, I want to win for them, and when I don’t, I love being just another fan at the edge of the court.”

The ATP and WTA were right to put on the calendar a competitive event that brings men and women together. Players give the mixed tennis festival the thumbs up.