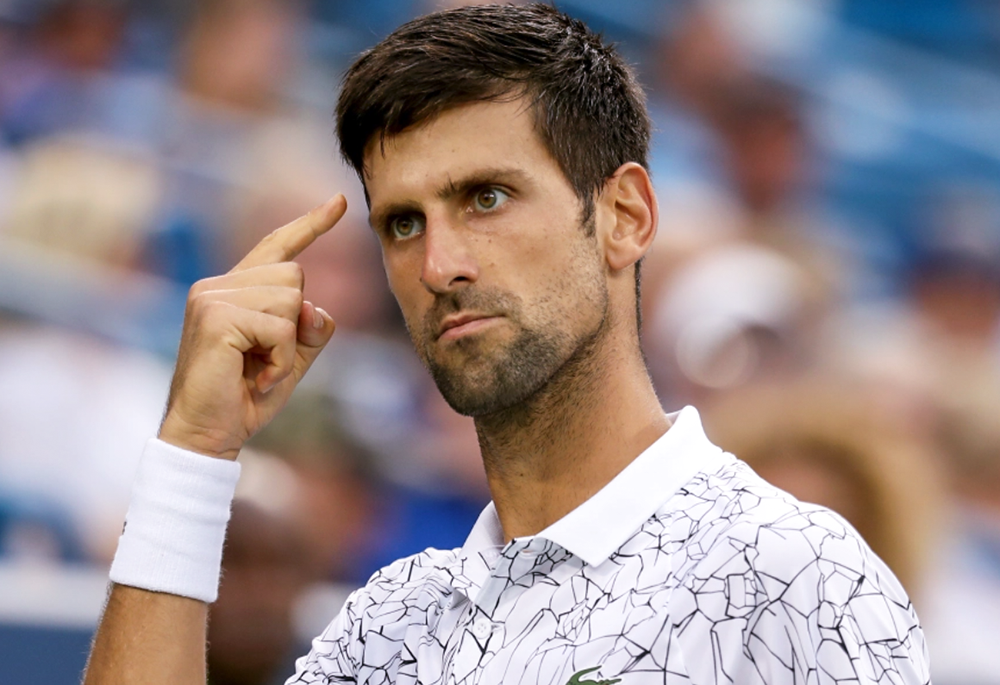 MELBOURNE – Novak Djokovic’s head kicked off this 2023 as the most differentiating aspect of his game. It is as important on the court as it is off the court. Thus, the Serb has taken it upon himself to propose a chess strategy: to anticipate the moves of his rivals with honest and sharp statements, also intelligent, when facing the microphones.

Like physical work, like refining the return, like the relevance of his serve, Novak Djokovic has been shrewd enough to also play tennis through words and the spaces the tournament gives him to subtly shoot and engage his opponents. And he has done so in all possible tones: from seriousness to humor.

On one hand accompanied by laughter. On the other, with touches of pride befitting a champion.

The Serb arrived in Australia in a particular and unknown position for him. Only a few months ago, he had been banned from entering the country for three years after his much talked about deportation.

In Adelaide, he filled the stadium in his five appearances and the people showered him with affection. After the final, which he won over Sebastian Korda in three tight sets, and celebrating with his index finger pointed at his temple, he left an intimidating reflection. Against the Czech-American he had to save a match point, facing the dangerous mix of physical complications and the high level of his opponent. So many times he has come out of complicated situations and managed to solve the match without being in his best shape. The way to success in the face of adversity? The mental business.

“The more you win matches like that, the better you feel. That way you get into your opponents’ heads as well. That’s what I want, for them to know that no matter what the score is, I’m always there, I’m always fighting until the last point and I’m able to turn things around. Going on the court against someone who knows what I’m capable of is, of course, an advantage,” Novak Djokovic slips in a message to anyone convinced they can beat him. 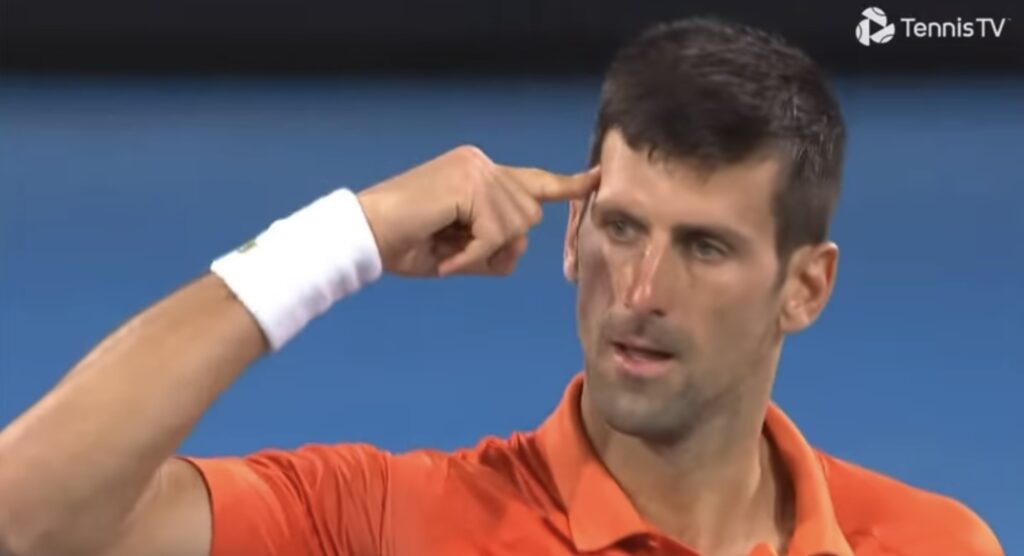 Djokovic’s celebration after claiming the ATP 250 of Adelaide

In the run-up to the Australian Open the expectation was brutal, and what was already happening in South Australia, was confirmed when Djokovic entered his favorite court for the exhibition against Nick Kyrgios, before the start of the main draw. The tournament organizers were terrified of embarrassment and therefore implemented an unusual measure: any fan would be expelled if they boo Djokovic.

The reaction on his return was a standing ovation. Did the censorship rule do anything? Not at all. Melbourian crowd, the same that the Australian government feared would boycott any possible Djokovic match in the 2022 edition, maybe throwing masks to the court, euphorically welcomed their nine-time champion in 2023.

The Serb is, from the round of 16 onwards, the only Grand Slam champion. Another advantage for his collection? Of course it is. And when former tennis player Jelena Vekic, now a member of Channel 9’s on-court interview team, asks him about that status, Djokovic humorously quips: “35 is the new 25.”

The Australian-Croatian did ask this question after a complicated match against Grigor Dimitrov, who although he won in three sets, presented great complications with his left hamstring, especially in the first set. These problems disappeared later in the match against Alex De Miñaur.

Theorically, a match that was going to demand him quite a lot, considering that the Aussie is one of the fastest players on tour. But it ended up being a real beating. Novak Djokovic acknowledged not having felt anything in his leg covered with a bulky bandage.

“I’m not going to ask you ‘how did you win’ like that, I want to know ‘why’,” Jim Courier tells him after such a resounding triumph. “Because I wanted to,” replies Djokovic, who is not interested in giving politically correct answers. Nor equally congratulating an opponent who, when the 21-time Grand Slam winner was facing pre-deportation drama, said that “Australians had been through a lot,” that he was tired of the “circus,” and that Novak Djokovic “took the attention away” from the competitors.

The opposite of the support received by Kyrgios.

“I can’t apologize for how short the match was. I really wanted to win in three sets,” the Serb finished off with a smile on his face.

“He’s starving!” exclaimed former tennis player and now analyst Mats Wilander before the major in an interview with CLAY: “After what happened in Australia last year you will never see in your life a player as hungry as Djokovic.”The former world number one, who will return to the top of the rankings if he wins in Melbourne, knows that the shots and the physical level is not enough to realize his revenge.

His injury, which he has already described as a “roller coaster”, may relapse. It is true that he already knows what it is to win a Grand Slam with an injury. He did it in 2021, dealing with problems in his abdominal, and with his ex physiotherapist Ulises Badio having to use magic to keep him with chances until the end. In this edition, there is no doubt that he has made the best of that situation.

Djokovic does not hide his complications. He asks for medical time out when he needs it. Submerged in pain he does not try to hide it, and he also tries to get into the head of his rivals as if he wanted to tell them “I’m injured and look how I beat you anyway“. He has already been through that, and experience surely shows him how he has to act to take advantage of it.

To top it off, what happened in his press conference after the quarterfinal is another winning smash from the Serb. A reporter asked him if it is an advantage to be the only Grand Slam champion among the contenders. Djokovic said not really, but then brought Stefanos Tsitsipas into the dance.

It makes no difference whether it was the product of genuine forgetfulness, or a brilliant mental dart at who is the favorite to be his opponent in a potential final.

“Tsitsipas, for example, is probably the most experienced guy of all the (other) quarterfinalists. He’s already been deep at Grand Slams several times, although I don’t think he’s ever played a final, or am I wrong?” says Novak Djokovic.

“You beat him at Roland Garros. It was a good match, you came back,” journalist Matthew Futterman reminds him.

Superstars like Djokovic don’t just take care of their tennis. They also have a communications team that constantly coaches their rhetoric. The work on how, when, where and why to say what is fundamental. After countless instances in front of the microphones after big wins, painful defeats, or off-court controversies, Djokovic knows very well the impact of his words.

Even more so in a Grand Slam. He knows it is an extremely lethal weapon.