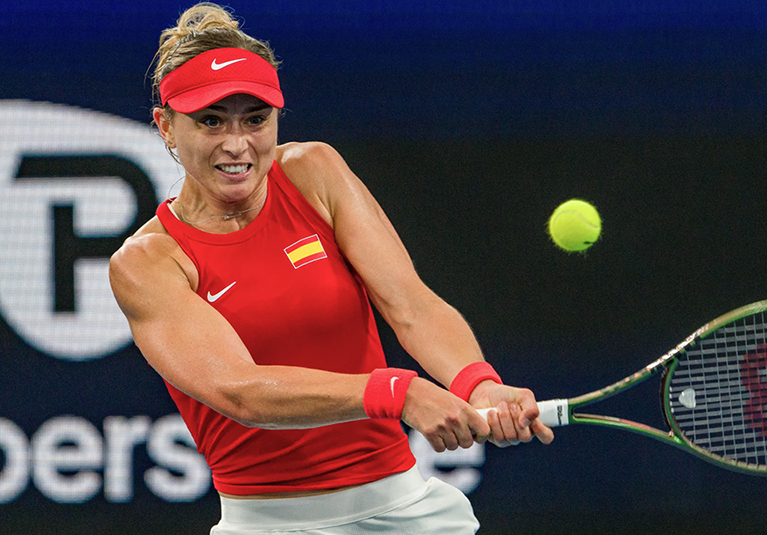 SYDNEY – The Tennis TV’s graphic next to Paula Badosa ‘s image was unpublished and peculiar: “Before pickle juice / Since pickle juice”. It exhibited a ten kilometers per hour increase in the speed of her forehand topspin.

After suffering cramps in the middle of the second set, one set down, Paula Badosa had to ask the physiotherapist to calm the cramps during her debut match in the United Cup, the mixed team competition where she represents Spain with Rafael Nadal.

Those physical problems, she says, rarely appear: “I was surprised, because I had a very good pre season and it’s not very usual for me to get cramps. I think the reason was that I was very nervous, very tight in the first match of the year, I play with a lot of emotions which is a problem for me.”

She returned to the court after that magic potion, hit four winners and broke British Harriet Dart’s serve: “I took the juice, I started to relax my body and that helped me to play more loose and aggressive”. Despite being broken back, she won the tiebreak and then pulled out her class in the third set to close with a 6-7(6), 7-6(5), 6-1 win.

So, on the first day of the year she can already say that she is fulfilling the goals set in 2023.

“The way I won it is the important thing. A three-hour match, no matter how tired I am, always helps to insert myself into the tour again. I like to go to the limit, live the moments when the scoreboard is tied. One of the goals with my team was to fight every match no matter what, to show my competitive spirit. I want to have that feeling again, no matter if I play well or bad.” 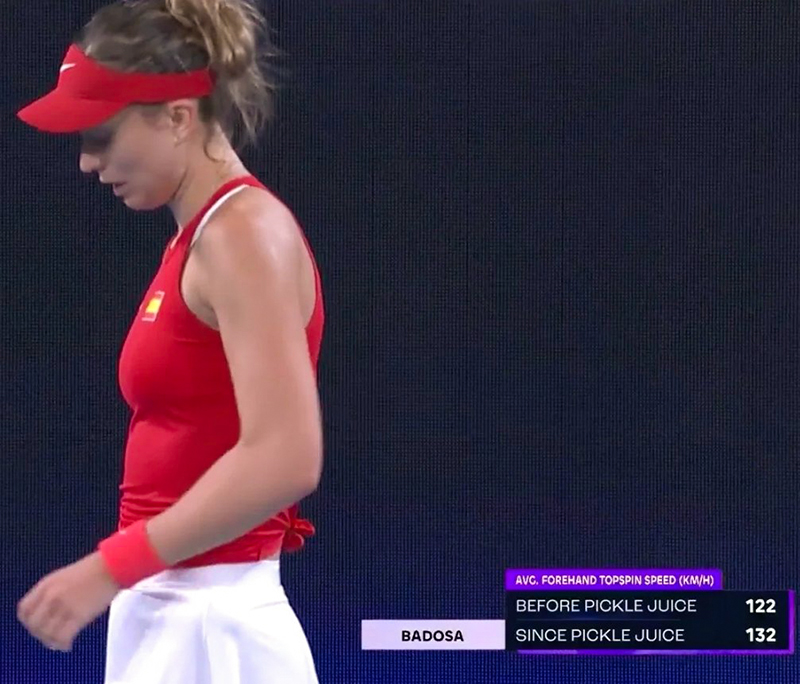 Rafael Nadal advised her on side changes. “Rafa is very involved in the matches, he is very supportive and that is appreciated. He told me to stay aggressive, especially with my forehand and serve. That’s what I was trying to do because I was very tired and it was very important to look for the direct shots. We are ucky to be able to count on him.”, Paula Badosa said.

The 25-year-old tells CLAY that what makes her different from her version of 12 months ago, after having a bad end of the season (she won only five matches after Wimbledon), is that now she is predisposed to suffer: “I’ve learned a lot, I’m more mature. I had very good moments last year, like being number two in the world, others in which I have taken many consecutive defeats. This year I’m mentally prepared to suffer a lot with anyone. Today my opponent had a much lower ranking and we saw the high level she showed. That used to surprise me a lot, this year I will accept it better”.