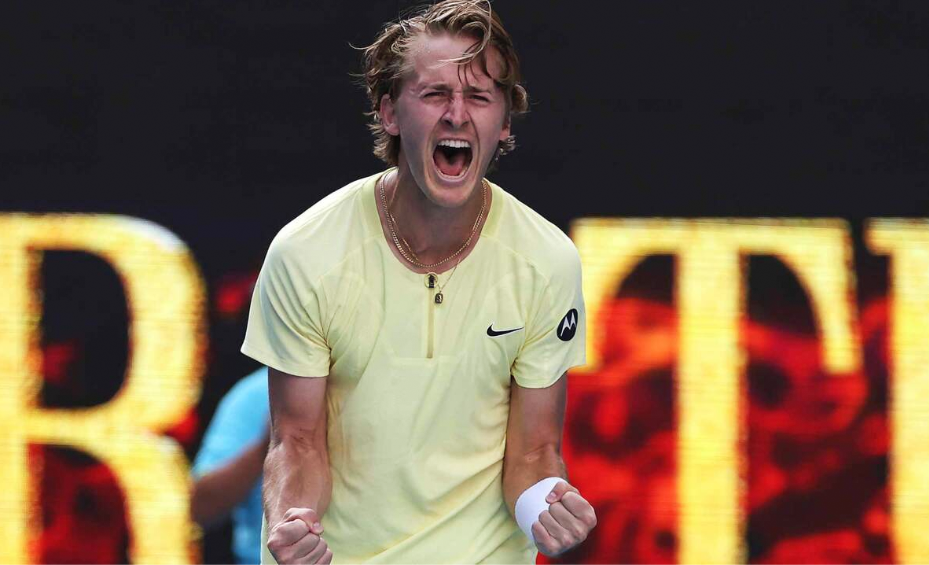 Sebastian, the “worst athlete” in the Korda family

MELBOURNE- The champions’ aisle leading to the Rod Laver Arena bears the name of Czech Petr Korda. Sebastian, who is walking there for the first time to compete on the court, taps a couple of times with his right hand on the illuminated sign that shows the five letters of his last name next to the number 1998. He does the same with the name of his mentor, Andre Agassi, a four-time champion in Oceania.

It is the court where the father won the most important title of his life. Two years before the birth of Sebastian. Father and son now have something in common: the best triumphs of each one were on Melbourne Park’s court named after the Australian legend.

A story of the past and a story of the present. Petr Korda beat Chilean Marcelo Rios in the 1998 final. And everything Sebastian Korda is doing this week in Melbourne is raising his own bar and bringing him closer to the family’s second Australian Open title.

He defeated Daniil Medvedev in his Centre Court debut. With little touches again as a tribute to his dad, he overcame Hubert Hurkacz on Sunday to reach his first Grand Slam quarter-final.

“It’s a great story what we are living today…. nobody believes it, but he (Petr Korda) and I have been talking about this for 14 years. It’s awesome,” agent Patricio Apey said in an interview with CLAY last June about the sports family. Sebastian’s sisters are superstar golfers. Jessica, the eldest, has won six events on the LPGA; Nelly owns eight trophies and was ranked No. 1.

“Petr, who is half genius and half madman, used to say to me ten years ago, ‘Everybody talks about Jessica, everybody. And they’re stupid. Because Nelly is going to be so much better. And Sebi… if I don’t find a way to screw it up, Seba will be better than me,” Apey recounted.

The Czech, in addition to winning Australia, was number two in the ATP ranking; therefore, the prognosis for his son is ambitious. The manager describes Korda Sr.’s way of raising his son tennis-wise: “He had crazy methods. For example, he didn’t allow Sebastian to play on hard courts. Maximum one tournament a month. He made him train on clay because he wanted him to really learn how to play tennis”.

The young man born in Florida, United States, says that his parents trained him in the sport in a different way. “I started playing tennis later than the rest. Most players started when they were three, four or five years old. I was 10, because I liked ice hockey. We had clay courts very close to home, so most of my life, when I started, was on clay courts,” says the third-best US-born in the ATP, behind Taylor Fritz and Frances Tiafoe.

His mother, former Czech tennis player Regina Rajchrtová, was ranked as high as No. 26 on the WTA. Korda jr., who was ranked number 30 as his best position, was defined by himself as the “worst athlete in the family”.

The “circle of life” is working among the Czechs. Radek Stepanek was coached for 16 years by Petr Korda, and today it’s him who guides Sebastian, who is like his ‘younger brother’.

In fact, the former Czech tennis player was the inspiration for the Australia 2023 quarterfinalist to pursue a career in tennis.

“I chose tennis after watching Radek with my dad at the 2009 US Open in a night session at the Arthur Ashe against Djokovic. Full stadium and a spectacular atmosphere. I fell in love with the energy of the crowd, the way the sport is played, how mental it is,” details Korda about her impressions at the age of ten.

“Sebi was due to go to an ice hockey camp and that time he said, “I don’t want to go, I want to play tennis like ‘Stepi,'” explains the two-time Davis Cup champion.

“Petr can sleep in peace, I’m not going to inject Sebi with anything different from what I learned from him. I have his tennis DNA. Sebi was always a younger brother to me, he looks at me as his big brother. It’s a very nice thing in life that the circle is working. I’m happy to be a part of it, with such a unique sports family, where the relationship between the brothers is so special,” says Stepanek.

Despite an special run in the tournament and a promising start of the season, Korda was forced to retire against Russian Karen Khachanov due to a wrist injury. Korda will seek to comeback next season in the Grand Slam that 25 years ago engraved his name forever.