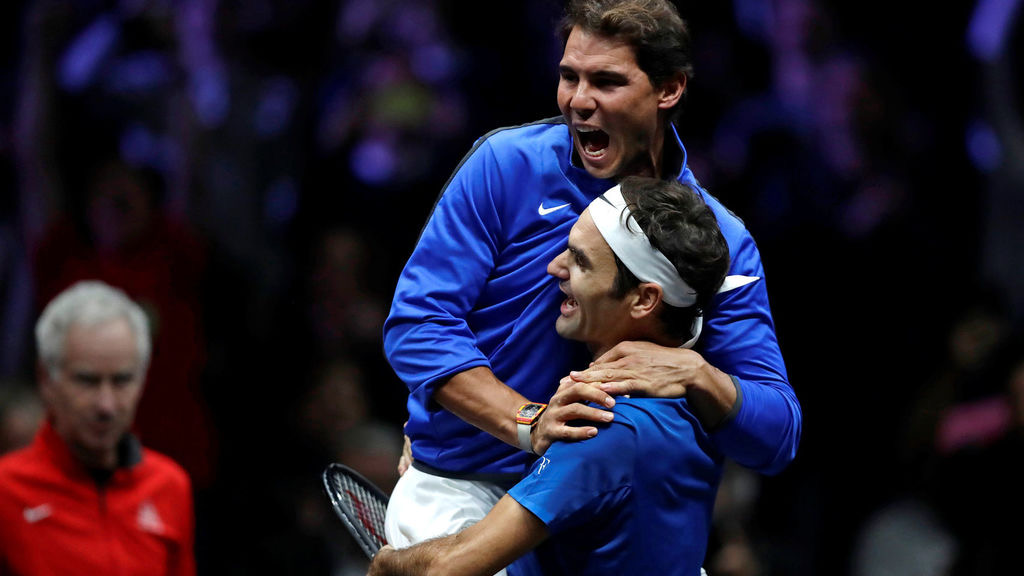 No Sampras: Federer needs to add showmanship to his farewell

When it’s time to say goodbye, Roger Federer is clear that he must avoid what happened to Pete Sampras. Naomi Klein already said it: No Logo. In this case it is “No Sampras”.

When the American won the US Open in 2002, his fourteenth Grand Slam title, many in the stands of the Arthur Ashe Stadium expected a “Hasta la vista, baby”, an apotheosis farewell to tennis with the pulse still racing after the epic victory over Andre Agassi.

It was the ideal place and the ideal time, but it never happened: Sampras never played another match and only said goodbye to tennis a year later with a cold statement.

Federer, who had not played since July 2021, also said goodbye with a statement, although 20 years later social media and a simple video allowed him to add a lot more warmth to that farewell. 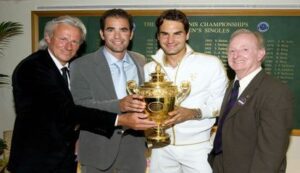 “I take it for granted that we’re going to have him for a long time in tennis, and that’s good for the sport, because he’s a figure that helps the sport,” Stauffer added in that interview.

“Not as a minister or supervisor, but as an independent body that is respected by everyone, a figure of integration that is missing in tennis today. Everything is very polarised, Roger is someone who has everyone’s respect”.

The time is also approaching for the autobiography, which Federer always said he wanted to publish once his career was over, and not during, as Rafael Nadal did in that book written by John Carlin.

Saying goodbye in great shape is in some ways more important than arriving. If you look at the reactions from the tennis world, from Novak Djokovic to Rafael Nadal, Juan Martin del Potro, Andy Murray, David Nalbanian, Serena Williams, Iga Swiatek or Stefanos Tstsipas, Federer got it right: the social networks were saturated with praise and emotional messages about him.

And Federer’s situation differs from that of Sampras, of course. The American had it in his power to say goodbye with sweat still pouring down his face. Federer, on the other hand, surrendered to the evidence when his knee sent him renewed signals that he was in no condition to return to the tour. He was not on a tennis court, he was at home.

That is why the Laver Cup that starts this Friday in London is fundamental for the Swiss, there he will have the farewell that a career and a personality like his deserve.

Unlike Sampras, a very successful number one but not very empathetic and with a personality that left no mark on the tour, Federer left a deep mark on tennis: along with Rafael Nadal he shaped an era of “peace & love” unprecedented in tennis. Neither Sampras nor Andre Agassi, the rivalry of those years, can say the same. 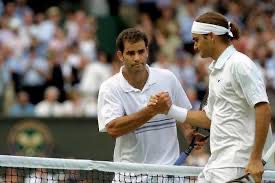 Roger Federer and Pete Sampras, at the close of the 2003 Wimbledon match won by the Swiss.

The Laver Cup will be an opportunity to have on the same side of the net Nadal, Djokovic and Murray, co-writers with Federer of a very big history in tennis. On the other side, the future: Felix Auger-Aliassime, Taylor Fritz, Frances Tiafoe, Alex de Minaur. And two relatively veteran players: Diego Schwartzman and Jack Sock.

Then comes the thing Stauffer mentions: Federer, who played in more than 40 countries over nearly a quarter-century as a professional tennis player, gets to choose where, when, how and against whom. Is there any tennis market that can resist hosting a recently retired Federer on his farewell tour?

Such exhibitions must have a purpose, of course, and that purpose will be channelled through the Roger Federer Foundation. A stop in South Africa, his mother’s home country and the continent of his dreams, will be inevitable. In February 2020, Federer and Nadal played an exhibition match there in front of 51,954 spectators, a record number in tennis history.

And first of all, with the possibility of challenging Nadal and Djokovic for the Grand Slam title lead already closed, the Laver Cup offers Federer a chance to make amends for a statistical horror: the last match of his life, in July 2021, closed with a set he lost 6-0. It was against Poland’s Hubert Hurcakz in the Wimbledon quarter-finals.

A 0-6 as a final set in Federer’s career? No. Fortunately for him, the negotiations he conducted with the ATP at the time enabled him to give the Laver Cup official tournament status, not without controversy. Stauffer is clear that the tournament is a platform for even bigger steps for Federer in tennis now that he has hung up his racket.

“His role in the Laver Cup is very important, Roger plays a role in the politics of tennis. Team8, his representation and marketing agency, is interested in buying the Cincinnati tournament. That confirms that he wants to do things in a big way, and in turn, that makes it more difficult for him to stay in tennis as a player,” Stauffer said before the retirement announcement.

The Laver Cup will indeed do Federer a great service: the tournament that pits a team from Europe against a team from the Rest of the World does not award world ranking points, but its matches are part of the official tennis statistics. Thus, the tournament he created in tribute to Rod Laver will allow Federer to correct a statistic unworthy of his history to pay homage to himself.