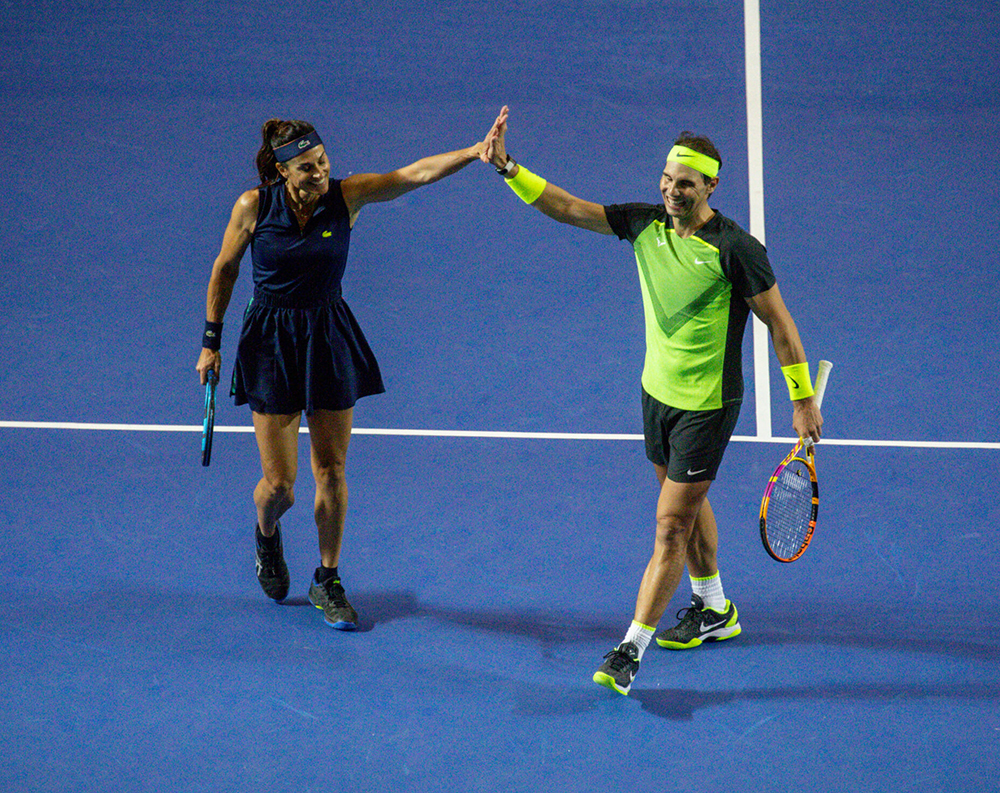 Nadal, Sabatini and how to indulge in life

He started making a name for himself in tennis in 2003, when she had already been retired for seven years. She has already chosen how to live that new and different life, which is life without tennis, and that life is summed up in Swiss lakes, cycling, coffee and travel, lots of travel. He is not giving up tennis, he seems ready to play it until he is 40, but he already has a different life, because he has just become a father.

She is Gabriela Sabatini, and he is Rafael Nadal.

The Argentinian has been saying to herself for a long time that you have to treat yourself during your lifetime, and on Wednesday 23 November 2022 she gave herself a very important one: to play a mixed doubles match with him in Buenos Aires, a Sabatini-Nadal match against Gisela Dulko and Casper Ruud. 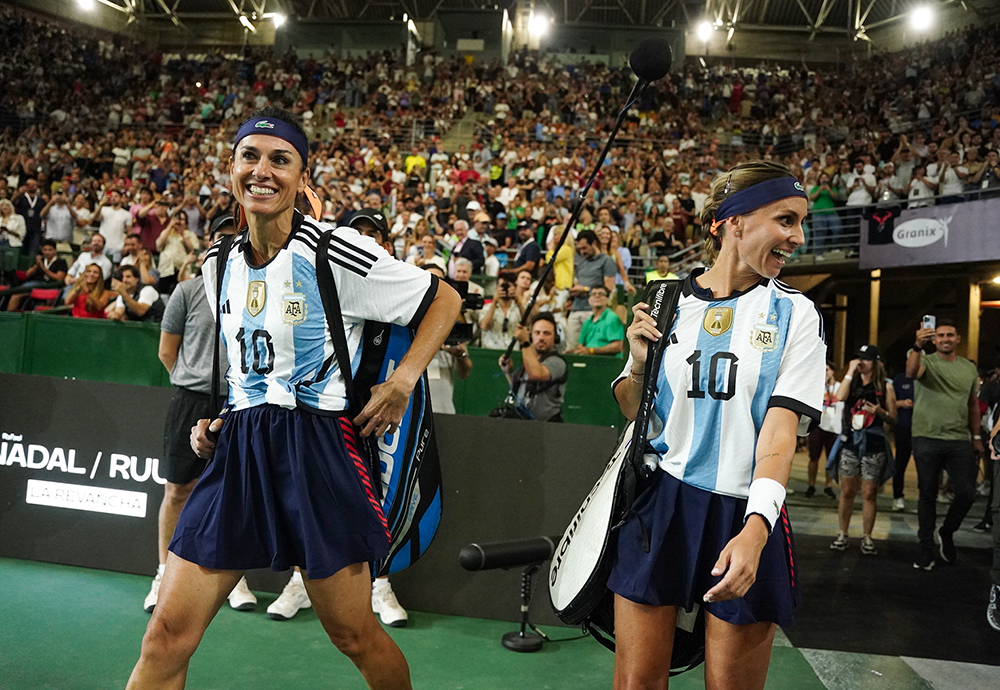 “This match makes me very excited, I know that Gaby is a great icon in this country and in the world of sport and especially in Latin sport. Sharing a match with her is a great satisfaction, a great illusion, both for Casper and for me it’s going to be a beautiful moment”, said Nadal before the match.

And it was. The Argentines, racquet fanatics since Guillermo Vilas inoculated them in the ’70s with the tennis virus, raved at the mere sight of Sabatini and Nadal on the same side of the net. Quite a rarity for the record man of men’s tennis, who has rarely played a mixed doubles, even if it was in exhibition.

“We did our best, some balls were a bit tough,” she said with a laugh before adding, more seriously. “It was a pleasure to play with these two greats, I enjoyed it a lot, it was a very special day. These are moments that stay in your heart and that you never forget again”.

Dulko, a great doubles player in her active years, was amazed by that which the first time they face it astonishes everyone: Nadal’s ball.

“You can’t explain it, Rafa’s ball, beyond the weight and speed, it comes like it moves, it’s totally different…”.

Natural talent unites Sabatini and Nadal, although the Argentinian has won one Grand Slam title and the Spaniard has a record 22: Sabatini retired at 26, exhausted from tennis and burdened by public exposure. Nadal, at 36, looks set to emulate Roger Federer and play until he is 40.

“My illusion to keep going is intact,” the Spaniard said when he heard the increasingly frequent “until when?”.

“My time will come when it has to come,” he added, enigmatic, before analysing the reasons for Federer’s, Novak Djokovic’s and his own continued relevance.

“Tennis today is often reduced to shots, the one who is more successful in shots wins. When I arrived on the circuit many, many years ago, tennis was played in a very different way. Roger, Novak and I have been able to adapt and improve, but when we arrived on the tour the points were prepared, the second serves were served at 130 per hour, not all balls were attacked, one waited for the right ball. Today there are no transition balls, there are not many balls to set up points”.

The “ability to adapt” to this new landscape is the key to the three players’ continued relevance, with Federer only retired at the age of 41.

“Federer, after a few years without winning, decided to change his racquet and style of play, to play much, much more aggressive. That gave him more years of play and allowed him to add new titles. Although we are not going to deceive ourselves, we have had an innate talent, without that it would not have been possible. But we also had humility and the desire to improve.

“I’m going to work in the way that suits me, with confidence and enthusiasm to move forward and fight for the things that excite me”.

The word “hope” is a key word, of course. Is there hope for more big titles?

“At this stage of my career, what it’s good for is to add to my history”.

At this stage of his career, winning is the only thing that counts: “What remains is the title. Tennis is a sport of victories, people will remember how many Grand Slams I’ve won, not how many I’ve lost, that’s the reality”.

The tastes must be given in life, yes. In Nadal’s case, his greatest pleasure is to continue collecting titles. And until the racquet does not leave him, he does not intend to give it up.