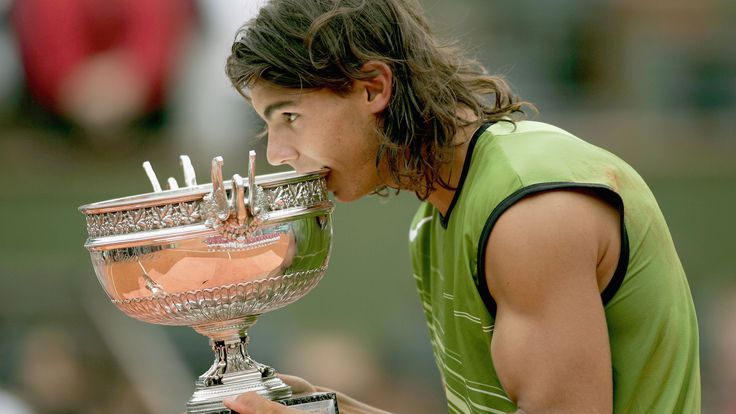 MELBOURNE – Winning a Grand Slam has been one of the toughest challenges in men’s sport for the past 20 years. Will it still be that way in 2023? Almost all top tennis players are betting on a new Grand Slam champion.

“Let’s be honest, Novak is ridiculous,” says Nick Kyrgios, who bets with CLAY that the trend will continue, mainly because of the Serb’s high level. He is the only one of the top players consulted who does not give chances to new champions.

“No, there will be no new winners. Rafa will win the French. Djokovic will win Wimbledon… unless I stop him. Novak is so dominant! I don’t see him losing unless someone really elevates his level in Australia or the US Open.”

Roger Federer, Rafael Nadal and Novak Djokovic have been the absolute dominators of tan era by capturing 63 of the last 79 major tournaments. Eighty percent of the most important trophies, those that all the elite dedicate their entire careers to obtain, are in the showcases of only three athletes.

Djokovic, 35 years old, is precisely the youngest tennis player today with more than one Grand Slam on his resume.

Time passes, and for Taylor Fritz the major tournaments are “more winnable” than five years ago. “I’m more excited, because I feel like getting these titles is not as hard as it was before. The door is slowly opening and you can already see it: there have been more Masters 1000 winners in the last two years than probably in ever.”

Similar thinks Daniil Medvedev, US Open 2021 champion. If it did happen when the Big 3 was in its prime with champions like Stan Wawrinka, Marin Cilic or Andy Murray, he comments, why not now with “Novak and Rafa a bit older”.

Andrey Rublev believes that there are many players who can win. “Before there were four candidates. Today there are 15 or 20 players with possibilities, which makes it very interesting. It’s a question that all spectators ask themselves. I think there will be new winners this year for sure,” predicts the Russian.

The most optimistic with himself is Stefanos Tsitsipas, who puts his name in the candidates to join the short list of active Grand Slam champion players. That’s just an eight-players club, with only three 20-year-olds: Medvedev, Carlos Alcaraz and Dominic Thiem.

“I would love to put myself there. I’m a hard worker, I believe in what I do and I have the physical ability to make it happen. I just wish to be more consistent in the Grand Slams. I’m not asking to win them all, but if I could get consecutive semifinals, finals and titles, I’d be very satisfied. I see the opportunities there,” says the Greek who exudes confidence.

Stanislas Wawrinka knows the difficulty of winning these days. He became a champion in Melbourne, Paris and New York. A few seasons ago, the Swiss stopped placing major titles among his career goals. He is already 37 and knows that winning seven best-of-five matches in two weeks is not feasible for him at this stage. Instead, he enjoys tennis, seeks to stay healthy and chooses to play the events for the beauty of their cities or where his close friends live.

Wawrinka gives options to new names in 2023 and anticipates a special season because of the mix of generations performing well: “Maybe there will be new champions. It’s difficult with Rafa and Novak up there. It will be an interesting year as we will see many players of different ages at their best, challenging each other. Anything can happen at the Grand Slams.”

His coach of long years on tour, Magnus Norman, is betting on novelty. “We are experiencing the transition period. Roger already left, Novak is still on top, but Rafa is going down as it looks right now. And the new generation with Alcaraz, who already won a Grand Slam, is coming very strong. You have (Alexander) Zverev back, Tsitsipas and Kyrgios knocking on the door. Felix (Aliassime) is playing very well, (Jannik) Sinner has chances as well. Yes, I expect a new champion,” the Swede tells CLAY.

Barbara Schett is also enthusiastic about the generational mix of candidates: “I’m very excited about men’s tennis in 2023. There are many doing very well. Zverev is back, Djokovic looks very fresh and says he has a long career ahead of him, Alcaraz and Rune are fearless. We will see great battles. I want to see how Rafa defends the first part of the year. Will he find the energy?”.

The former Austrian tennis player, now a commentator on Eurosport, is not playing for new names: Djokovic wins Australia and Wimbledon, Roland Garros for Nadal and the US Open for Medvedev.

The young talents are already showing a level that puts them as candidates, even if the multiple champions are still the favorites. From this week onwards, doubts will be dispelled at Melbourne Park.