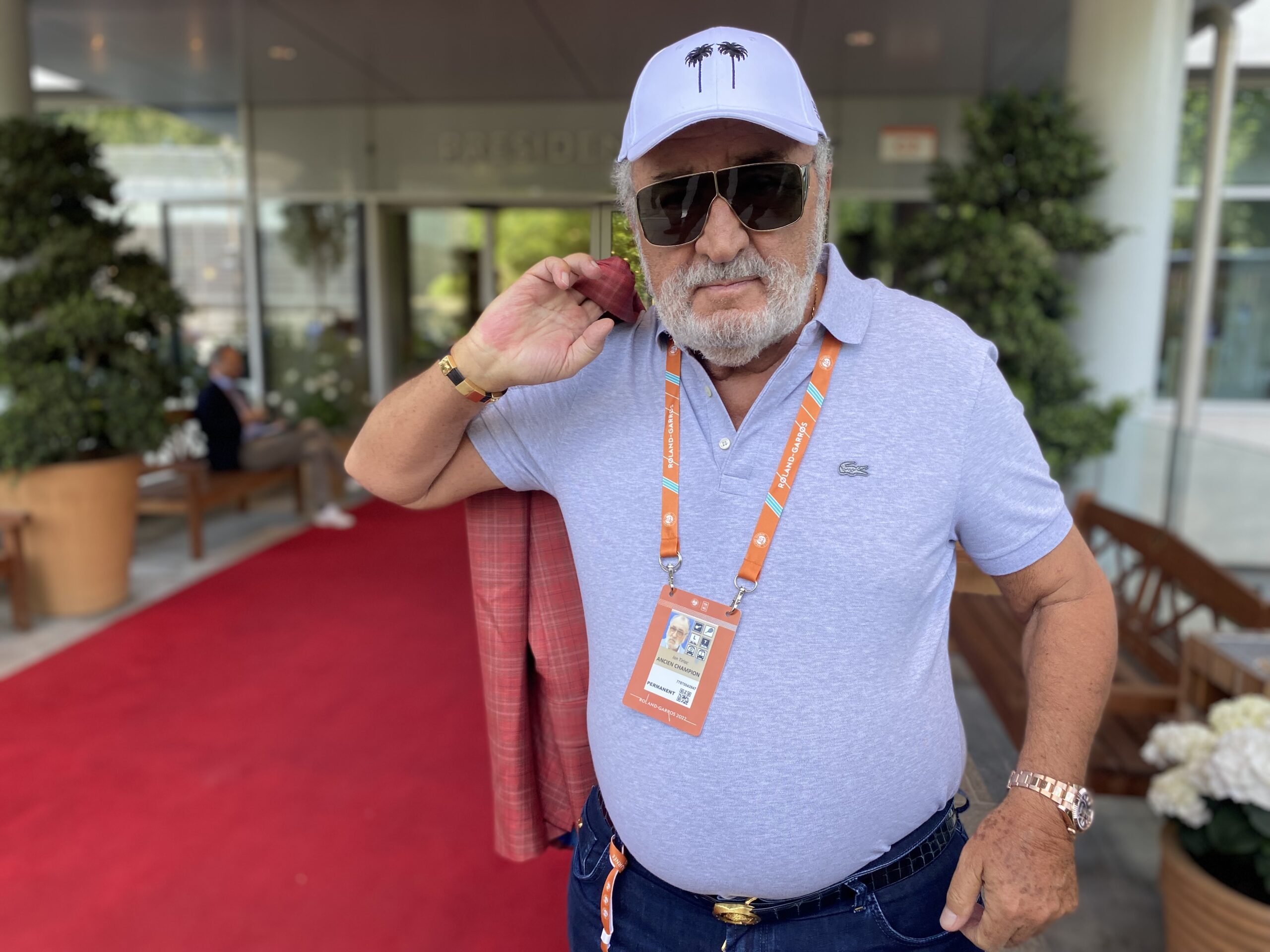 Nadal, superior to Federer and Djokovic: “You can’t compare them” – In-depth interview with Ion Tiriac

Ion Tiriac invites to sit in the entrance to the presidential box at the Philippe Chatrier Stadium at Roland Garros. The journalist shouldn’t be there, but with a slight gesture from the Romanian, the waters open up. He is in a good mood and with his passion for tennis intact. But he begins to speak and the humour subsides, his definitions are at times flaming, with one certainty above all others: Rafael Nadal is the best of them all. Neither Novak Djokovic nor Roger Federer are his equal, he says.

“Nadal? I see him die on a tennis court,” the former coach of Guillermo Vilas and Boris Becker, among others, says in an interview with CLAY, in which he warns of Federer’s possible “ridicule”, Djokovic’s “fatal error” and the “madness” of the ATP. He also leaves a comment with Tiriac’s stamp: he doesn’t say Alcaraz when he says Carlos Alcaraz. He calls him “Alcatraz”.

– Does Nadal surprise you, or not anymore at this point?

– I am surprised for one reason only. Two months injured without playing tennis, he starts playing three or five days before Madrid, unfortunately he loses quickly in Madrid, because Alcatraz, as I call him, not Alcaraz?

– Because it’s easier for me than Alcaraz, who is a very good person. Future number one. And I hope he’s also a great character, because tennis is going to need a great character in the place of these three who are leaving. After that defeat, talking to his father, his family, his people, they told me that Nadal needed ten more matches. So I told them that if he eventually didn’t win Rome, so he didn’t reach the ten matches before Roland Garros, he could eventually play Lyon or Geneva.

Important detail: Tiriac is a 50 percent owner of the Geneva tournament, which is played in an incredible location on the lake of the same name. Having Nadal there would have been extraordinary for the tournament. They will have to keep waiting.

– But he didn’t play in Geneva, didn’t you convince him?

– He played Rome modestly, he didn’t play anything afterwards and he trained. (Nadal) is much smarter than me, he knows his physique much better than me. At Roland Garros he didn’t have any major problems until he played the Canadian (Felix Auger-Aliassime), who is a good tennis player. Harry Hopman said that at Wimbledon there are 128 players who can play five sets, that 20, maybe 25 can play another five-set match. But the third five-set match can be played by two or three, no more. And out of those two or three comes the champion. It is true that the non-playing time today is much more than the time the ball is in play. In the match against Djokovic, Nadal played very, very well. To beat Djokovic like that, world number one… No, Nadal will always be world number one. You can’t compare him. Neither with Federer, for me.

– You can’t compare him with Djokovic or Federer, is Nadal superior to both of them?

– For me he is a guy, as a person… I can’t only consider the Grand Slams, how he hits this shot, how he hits that one… The human being that Nadal is… And, besides, you will never see, neither in your life nor in the life of your children, someone winning a Grand Slam tournament 14 times. Or 15. Because he’s going to try it next year for sure.

– Is what Nadal is doing with his foot right?

– He has no choice, he can’t choose. He must heal, he must heal not only the foot, but everything he broke, all the physical. In 15 years he spent two or three times more energy than Federer. When he was 16 I said he would be as good as his physique would allow him to be.

– I don’t think he needs to play until he’s 40. I see him dying on a tennis court. He’s 6-2 down in a tie break and he won’t let you beat him. I’ve been at Roland Garros for 60 years or more. I played the Davis Cup here in 1959. I’ve never seen a set like the first set of Nadal and Zverev in the semi-finals, a set in which 11 games are played and in nine games the serve is broken. Nine breaks. How is that possible? I don’t know. How is it possible that Zverev, who has a cross-court backhand that is the best in the world, serves at 120 or 110 kilometres per hour on his second serve and makes three double faults. It means that emotion played a role. It was a very, very strange match, two sets in three hours. Too bad he broke his foot.

– Why was the Philippe Chatrier crowd so against Djokovic in that match against Nadal?

– Nadal is Nadal, and at Roland Garros there is no one like him. And on the other hand, I think Djokovic has made a fatal, fatal mistake with the vaccine. Fatal. For his image and all that, a pity, because he is a sensational player. He wants to be a personality, but he doesn’t have the charisma of Nastase or McEnroe. So it’s a bit more difficult. But no doubt he’s a great player and a great worker, but he’s not Nadal!

– It hurts him that people don’t like him, he’s always looking for that.

– People love you, they don’t love you… On US Open nights there were 20,000 people, 10,000 with Nastase, 10,000 with McEnroe, but there were 20,000. I played a team sport, ice hockey, where they broke everything, my nose, my face… Playing for the national team they cheered me, playing for my club they booed me. The education of the public is something that is not guaranteed, so you just have to accept the situation.

– I was already 40 years old and retired, but I played eight hours a day with Guillermo (Vilas). I started playing with the (racquet) Prince tournaments for fun, I was 60th in the world in three months. With Vilas in doubles we were number two or three in the world, we were in the Masters. We had to drop out because he had the Masters in singles. If you like tennis, fine, but to be competitive at 40 years old… No, no.

– You mean Federer can play, but not win?

– There are people like Alcatraz. Or like (Holger) Rune, who can be a player, but he has a little bit of problems, the mother, this and that, but he hits the ball very well. The new generation is coming, for sure.

– Again: Federer, can he play, but not win anymore?

– He can play tennis for fun. Which would be a great thing. Although, be warned: it would be a pity if he made a fool, ridicule, of himself.

– And does that danger exist?

– I see it as a danger, because for so long without playing… And he also makes mistakes. To come to Roland Garros last year and leave saying no, that he wants to prepare for Wimbledon … How can he afford to tell a Grand Slam like Roland Garros, that he is going to abandon it for Wimbledon? Go to Wimbledon directly, and that’s it. And on the other hand, I’m in favour of a rule that the ATP imposes so that you can’t collect the end of year bonus pool if you haven’t played all the tournaments. You stop playing three tournaments a year and you still get money from that pool. But how? Mr. Hamilton can’t do that in Formula 1: I won enough and then I don’t play anymore. No, no, that’s not right.

– You always use Formula 1 as an example for tennis…

– In Formula 1 there is professionalism. Tennis is one of the few sports in which the athlete is not an employee with a contract, but a free professional, who plays or not. Either you play the circuit and the tournament and you qualify. The tennis player does not have a monthly payment.

– And Andrea Gaudenzi, head of the ATP, could do what you are asking for?

Tiriac’s mobile phone rings. The interviewee resolves the issue in an instant and laughs, shows his WhatsApp profile picture, dressed as a policeman: “Look, the police. Full colonel of the police. General”.

Without transition, Tiriac returns to the question he was answering. And he does so with his Spanish, truffled with Argentinianisms, the ones he learnt in the 70s with Vilas.

That’s why I say that the ATP tries too hard to be on the side of the players. You can’t ignore the tournaments. Now they are going to attack the Grand Slams. Watch out.

– Because I am 83 years old, because my children are not interested, because I am tired of fighting every day against new rules that are going to put the players in my office. They don’t remember the times when, winning the Roland Garros doubles, they paid me a hundred dollars. That’s fine. It must never happen again. But I can’t accept that a player like (Manolo) Santana or (Andrés) Gimeno dies and doesn’t have a dollar for a pension and the family is in the shit. That can’t happen. There are billions in tennis. 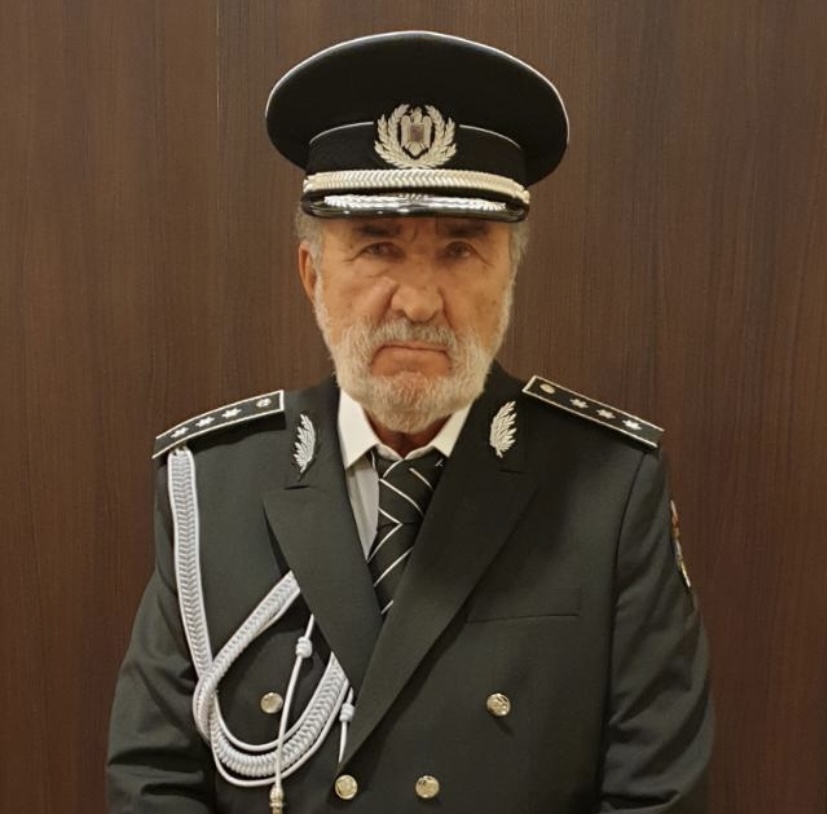 – Should the ATP have done something?

– Not the ATP: tennis. ATP, WTA, Grand Slams… We don’t talk about the ITF because they dropped their trousers.

– Did they drop their trousers?

– (Snorts) Where is the ITF’s money, where are the billions for selling the Davis Cup? The most interesting thing, the best thing in the world of tennis, which is the Davis Cup, is over. Why? Because the ITF had no money. Well, go back to work, to do something different, something intelligent, not sell it.

– Do you have fun with Geneva?

– I have 50 per cent of Geneva, which is a 250, I have the Belgrade 250 which is mine. I want to take a 500 and give it to Bucharest. They gave me 150 million euros for the foundation, because I don’t have a penny, I give it to the Tiriac Foundation, a foundation in which I have no rights on the board, nor does the family.

– And what does the foundation do, what does it promote?

– We promote things that are good for Romania and for sport in general all over the world. They gave me 150 million now, I have already got the indoor ice hockey, I am building the Olympic swimming pool, Nadia Comaneci’s gymnastics…

– Do you know anything about Guillermo Vilas?

– Look. My sister is talking to his family in Monte Carlo. I know it’s bad. And look, you told me about Guillermo and…

Tiriac shows his right arm. Goose bumps. He takes a breath and continues with his answer.