Federer, Goethe and the addiction to success

If you have had the opportunity to speak to Roger Federer in English and in German, one thing is clear: the Swiss is more precise, more subtle, more profound even when he speaks in the language of Goethe.

His English – excellent, no doubt about it – is instead more marked by the neo-language of today’s marketing, by those standardised words and phrases that sometimes force you to say certain things if you want to be part of society and not expose yourself to being cancelled.

As a reader of this newsletter you will have your opinion, but I leave you mine to better understand what I will explain below about Federer: I always hated the concept of “winner” and “loser” that the Americans put forward.

Life is not about winning and losing, it is much more complicated and fascinating than that.

And being a “winner” logically includes the obligation to be “successful”.

This is what Federer talked about in an interesting interview published in the Dutch newspaper “Algemeen Dagblad” hours after Novak Djokovic won Wimbledon for the seventh time.

“I am a winner lover, but if you’re not competitive any more, then it’s better to stop. I don’t think I need the tennis. I am happy with the little things, like when my son does something right and when my daughter comes home with a good grade.

So much for the familiar, intimate Federer who, unsurprisingly, admits he loves winning.

“Tennis is part of, but not my entire identity. I want to be and remain successful, and put a lot of energy into business – probably give more than I should sometimes, but that can also be done outside of sports. I know a professional career can’t last forever and that’s okay.”

There’s a passage in the sentence that makes me a bit of a noise: “I want to be and remain successful”.

Do you really? I mean, does it make sense that Federer wants to “be and remain successful” once he leaves tennis, where he was successful like very few others?

There is a certain contradiction with the previous sentence. If tennis is not his whole identity, success probably shouldn’t be either.

Losing and failing (let’s discuss another day what failure really is) shapes a person’s identity. Also Federer, who is a person like any other, even if he is a superman on the tennis courts.

That one of the most recognised and admired figures in the history of sport is moved by the small achievement of one of his sons or the good grades of one of his daughters speaks of this, of the Federer who has an identity that can be assimilated to that of any “ordinary” person, to that of those who consider it a success to have saved enough money to be able to go on holiday for ten days somewhere out of town.

Again: whenever possible, it makes sense to talk to Federer in German.

Otherwise, there is nothing much new: the Swiss will return to televised tennis at the Laver Cup in September, and to tennis for ranking points at the ATP 500 in Basel in October. A ranking from which he vanished this week after 25 years of being part of it.

Did he stop being successful?

See you on Friday, enjoy Newport and Bastad.

PS: if you see Rafael Nadal, who has just withdrawn from the Wimbledon semi-final due to injury, on a beach in Mallorca, ask him if he wants to be successful forever. Or what it means to be successful. Or if it is essential to be happy. 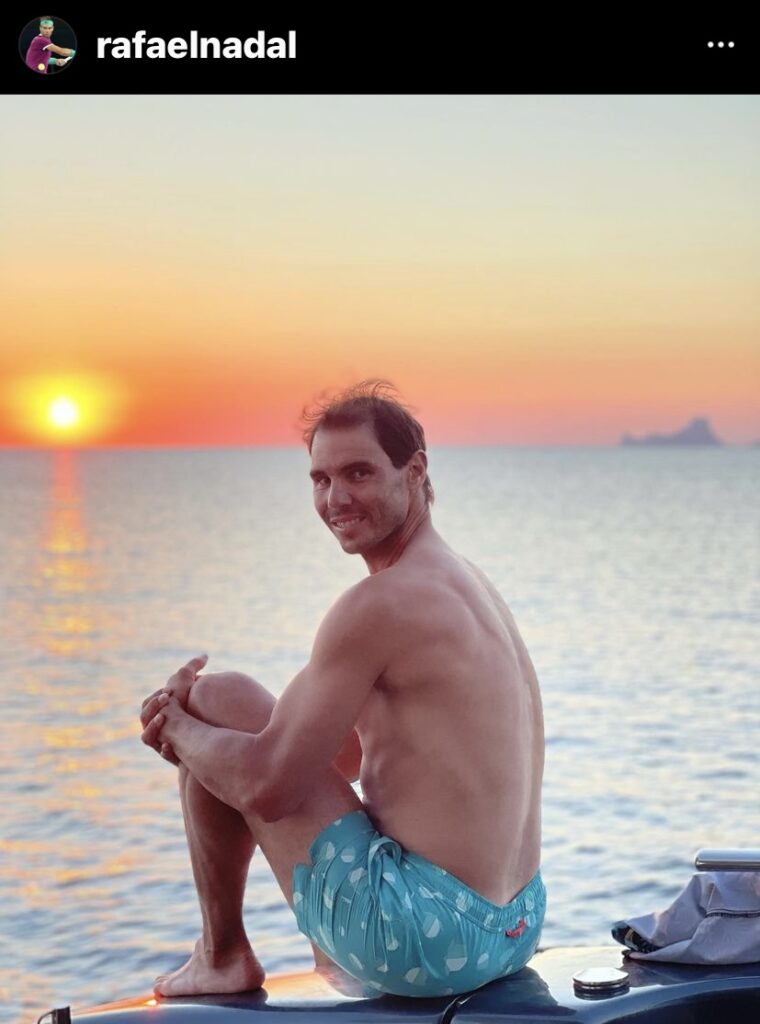