NEW YORK – Is Roger Federer coming back to say goodbye? Or is he coming back to come back, to play the 2023 season to the full and prove to himself that he is the one who will decide when, how and where to call it a day? René Stauffer, one of the men who knows the Swiss best, is convinced that the goodbye has not yet arrived: Federer is coming back to return.

“If he is fit enough to return, he will continue to play. He will certainly do so in 2023,” Stauffer said during an interview with CLAY in which he also analysed the key role of Mirka Vavrinec, Federer’s wife, and the reasons why there is no genuine sympathy between the Swiss and Serbian Novak Djokovic: “There is a big gap”.

Author of two biographies on Roger Federer (“The Tennis Genius” and “The Biography”) that are considered among the most documented and accurate about the life and career of the former world number one, Stauffer speaks with the profound knowledge of being one of the most experienced journalists on the tour: in 2023 he will celebrate 40 years since his first coverage of Roland Garros, the one won by Frenchman Yannick Noah in 1983. That’s 33 French Opens, 34 Wimbledons, 19 US Opens and 16 Australian Opens: 102 Grand Slam tournaments.

– As a great Federer expert, what do you think he will do after the Laver Cup, does he play Basel to say goodbye or to return to the tour?

– I don’t think he will retire in Basel, because that means he plays the Laver Cup, Basel and it’s goodbye. It doesn’t make sense for him to have an operation, do recovery, physiotherapy, tune-up, play a tournament and say goodbye. If he is fit on his return, he will continue to play. No doubt he will do so in 2023. If he sees that it doesn’t work, then he will think about it, he will think about how to say goodbye, how to do something that is good for tennis, for his foundation. Maybe a match in front of 50,000 spectators like in Cape Town, a worldwide farewell tour… I can imagine that. But not playing in Basel and then saying goodbye. 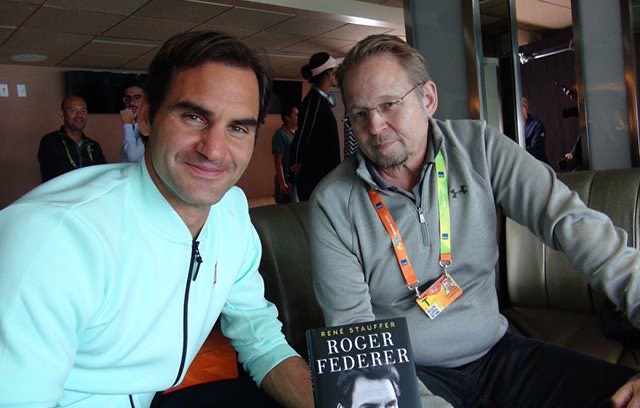 – The optimistic view: why could things work out well for Federer in this comeback?

– The pessimistic view: why could things go wrong for Federer in this comeback?

– Because he is a 41-year-old man. As a high-performance athlete he doesn’t have much room left, it’s his last chance. If something happens again with his body then that could be the reason to finish.

– The normal thing would be that at 41 he wouldn’t be looking for this. But of course, Federer is not normal…

– Everyone who knows him and treats him says he’s extremely excited, hot, to get back on the tour. Very motivated. 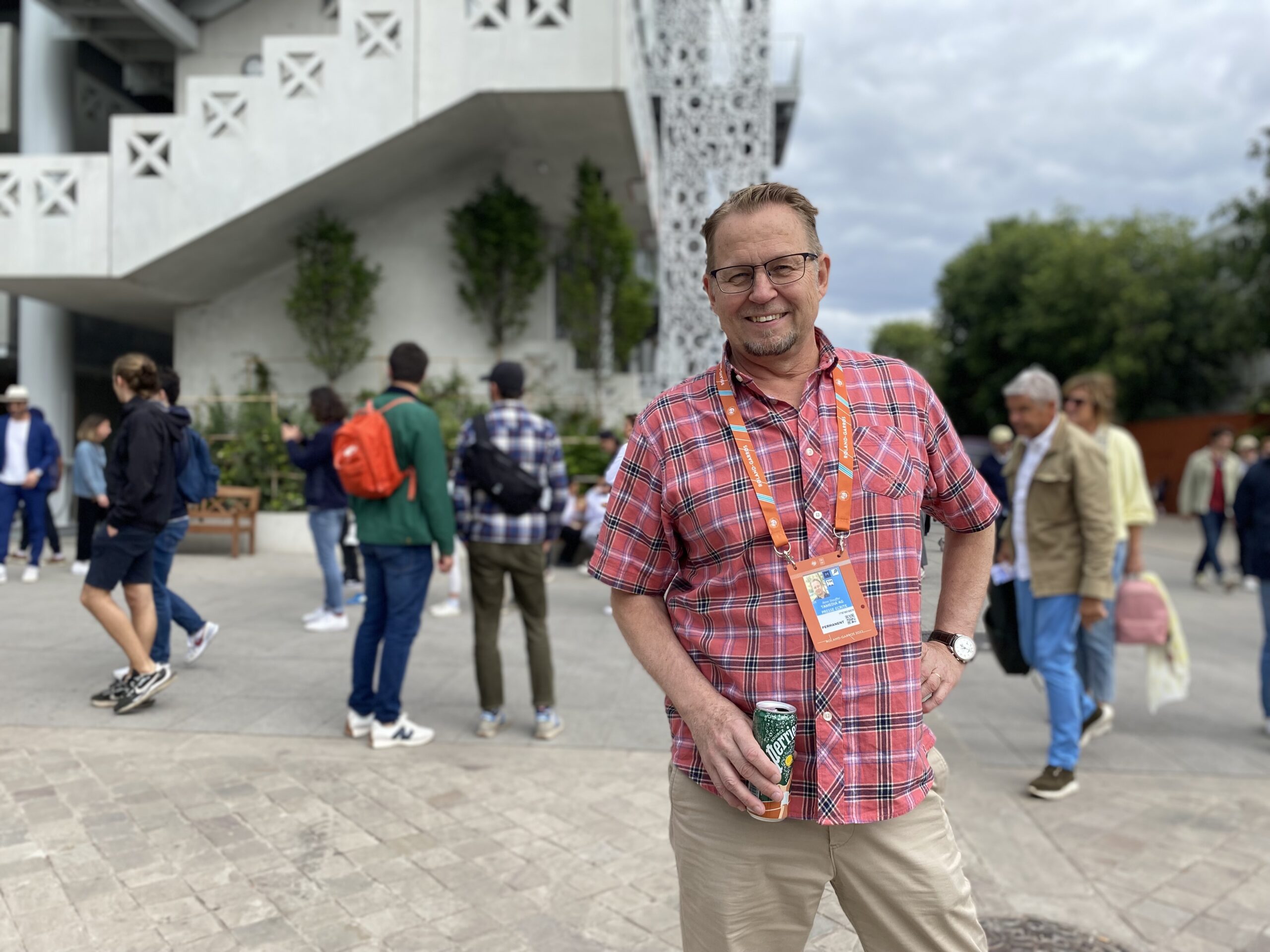 – He’s hardly given any interviews recently. Why?

– He’s not giving them, he’s doing more sponsorship stuff. Swiss tourism, Mercedes, something with a renowned chef… The impression is that at the moment Roger prefers not to answer a number of questions that are in the air today.

– In January 2020 in Australia, Greta Thunberg and her criticism of the contract with Credit Suisse was the insistent subject of questions to Federer. That’s in the past, the world has changed radically, but it was perhaps the first time he was asked repeatedly about non-tennis topics. He didn’t like it.

– No. But then again, what can you say today? There are no right or simple answers to the issues that shake tennis.

– What is Mirka’s role today?

– She is the person who supports everything, who takes care of her children’s education, something that Roger now takes care of very conscientiously. The most important point is that when she says ‘Roger, enough with tennis, don’t try it anymore, take care of other things’, I think he would do it to please her. So she is a decisive factor, and she has to be ready for him to come back, she has to support him, otherwise it’s not going to work.

– Is your impression that she supports him?

– Absolutely, because she herself is very much in love with tennis, she cut her career prematurely. She’s still living it through Roger’s career. She comes from the sport, and that helps Roger a lot. 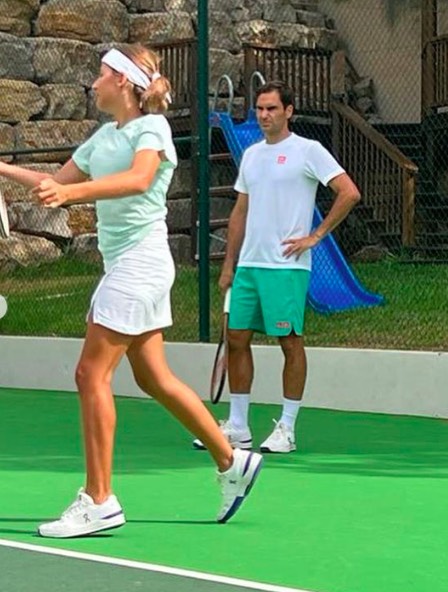 – What do you think Federer expects from this comeback, what does he want?

– I think he’s coming back to play to give something to the people again, that people will enjoy watching him play again and in an exceptional atmosphere. He wants to experience that, to have those feelings again, feelings that are not there today.

– He is insatiable. He can never get enough.

– Will there be a third biographical book?

– I don’t know if there will be that much more to add to his career, but he also wants to be the one to tell his biography, an autobiography. Probably with a star writer, like Andre Agassi did.

– And when he is no longer a professional tennis player, what will Federer do?

– His role in the Laver Cup is very important, Roger plays a role in tennis politics. Team8, his representation and marketing agency, is interested in buying the Cincinnati tournament. That confirms that he wants to make it big, and at the same time, that makes it more difficult for him to stay in tennis as a player.

– He’s going to want to remain a power factor in tennis, is that it?

– Yes, but not as a minister or supervisor, but as an independent body that is respected by everyone, a figure of integration that is lacking in tennis today. Everything is very polarised. Roger is someone who has the respect of everyone, but if he starts to defend his own interests it will no longer work.

– I mean, we are going to have Federer for a long time in tennis.

– I take it for granted that we’re going to have him for a long time in tennis, and that’s good for the sport, because he’s a figure that helps the sport.

– What are the differences between the relationship Federer has with Rafael Nadal and the one he has with Novak Djokovic?

– The relationship with Nadal is longer-standing than with Djokovic, they have a frequent exchange, they have helped each other with exhibitions in Mallorca, Switzerland, Cape Town… They are on the same wavelength, they talk to each other on the phone every now and then. Between Djokovic and Federer there is a big gap, there is not much communication, only what is necessary.