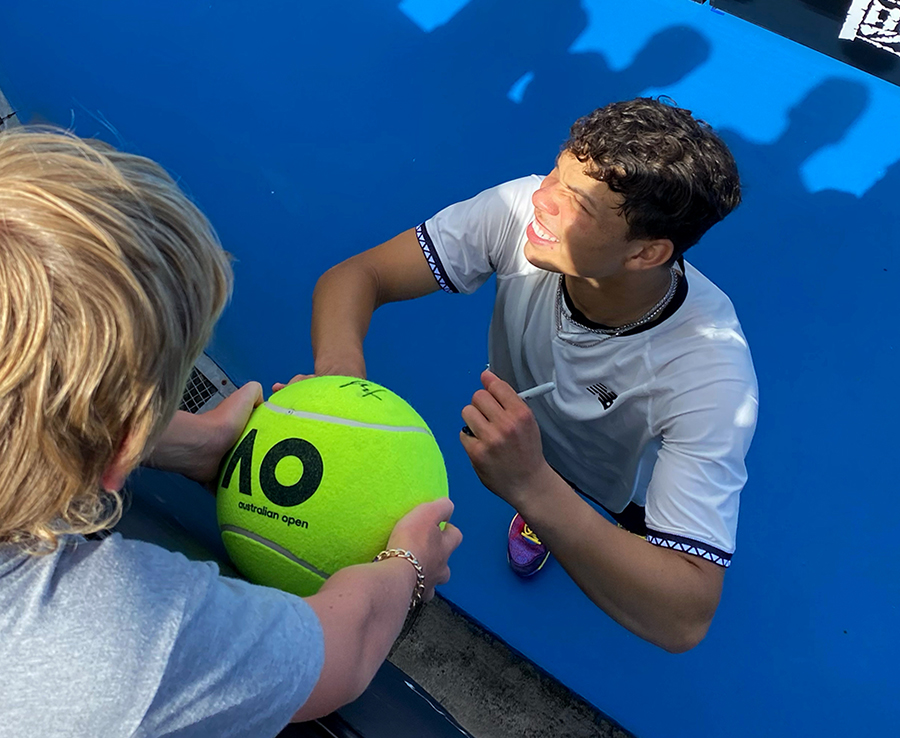 Ben Shelton makes the most of his first experience abroad

MELBOURNE – In a sport as international as tennis, if a player enters the top 100 without having left his country is an atypical situation.

It can only happen to a player born in one of the sport’s powerhouses, clearly, but even so, the fact is striking.

The North American Ben Shelton (20) used his passport for the first time this month. He landed in Oceania to play the Australian Open and its preparatory tournaments. “My first experience outside the U.S. its been great. I’ve never experienced real jet lag before!”.

“I wasn’t a great tennis player when I was a kid, I didn’t win all the domestic tournaments, so my dad told me there was no need to go overseas,” Ben Shelton says.

He already had a wild card secured in Melbourne thanks to the reciprocity agreement between the Australian and U.S. federations, but he didn’t want to see “WC” next to his name. At the end of the year he won three Challengers in a row in his country and secured his entry to the top 100. He had already played in Cincinnatti (where he beat Casper Ruud and Lorenzo Sonego, and appeared on the radar) and at the US Open.

The left-hander is in the third round of the Australian Open. This Thursday he won in straight sets against Chilean Nicolás Jarry, and during the match he seemed to use the resource of celebrating in the opponent’s language to get into his head and take him out of the match shouting “VAMOS!” every time he won important points. But it had nothing to do with that. Some of his best friends at the University of Florida are native Spanish speakers, and celebrating in Spanish has been his amulet.

“I’ve been saying it for two years now, so it had nothing to do with my rival. It’s my favorite word to celebrate with,” says Shelton, who was called in by Rafael Nadal to train before the start of the tournament. The Spaniard needed a powerful left-hander to prepare for his debut against Jack Draper.

The youngest of the boys still in the tournament after Holger Rune comes, as is typical for Americans, from college tennis. “The crown is rowdy there. They try to get inside your head and they’re not exactly polite,” Ben Shelton says. He celebrates victories by imitating with his arms the jaw of an alligator, the sports symbol of his university.

Incidentally, the U.S. army is recovering the quality and quantity lost in the last decade in the Grand Slams and already has several in the second round in Melbourne. Jenson Brooskby surprised and defeated the second seed Ruud at the Rod Laver Arena.

In addition to Nadal’s dramatic defeat and Carlos Alcaraz’s absence due to injury, it has taken 21 years to see a third round of a major without any male Top 3 player. In 2002 Lleyton Hewitt and Gustavo Kuerten lost in the first round in Melbourne, an edition that Andre Agassi did not play. 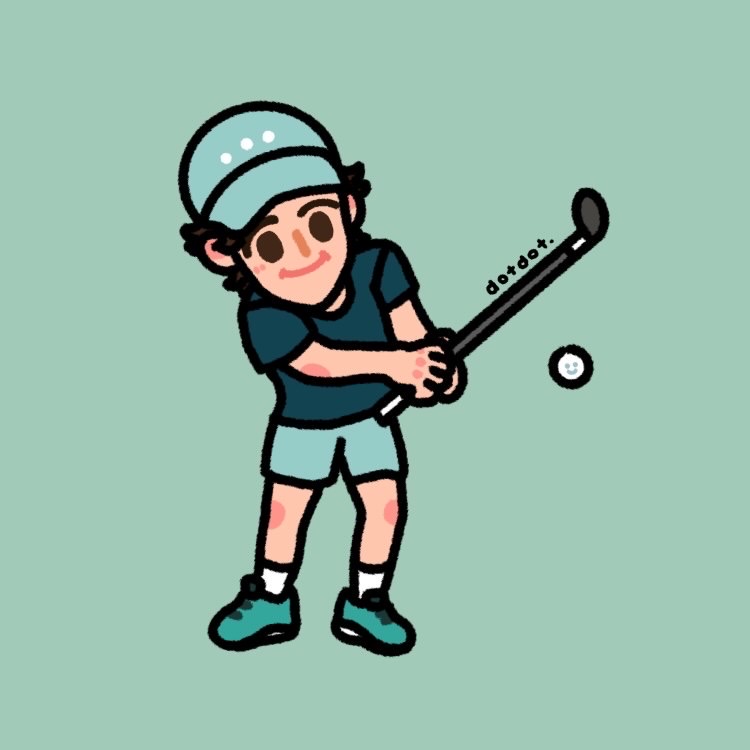 Casper, the golfer. Cartoon by the Taiwanese artist @dotdotennis

The Norwegian has already said that he will not play in Rio de Janeiro and Buenos Aires, as announced, and that he will do a sort of pre-season after his exhausting 2022 which closed with an exhibition tour with Nadal in South America. It will not be unusual to see him playing a lot of golf this month.

(this is a translated version of CLAY’s newsletter in English. Daily during Grand Slams)