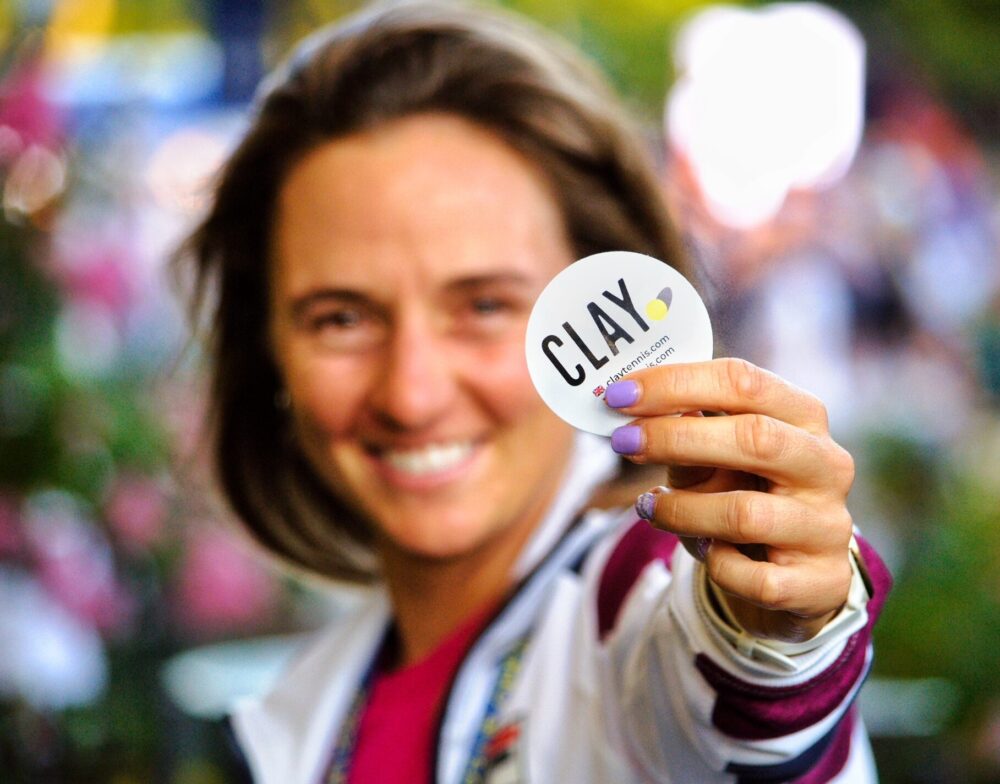 NEW YORK – The happy hormones are having a visible effect on Nadia Podoroska.

The dopamine and endorphins were less present in her body in the last year, because of a series of injuries that kept her out of competition.

But she still managed to be on the court, even if it was just sitting in a chair, hitting the ball: “I couldn’t watch tennis on TV because it made me feel awfull.”

Podoroska partly attributes the good energy to her girlfriend, Argentinian tennis player Guillermina Naya. “Today I celebrate you from afar, but I feel you by my side every day of my life,” she posted on her Instagram on her partner’s birthday.

Naya was an important factor in the Roland Garros 2020 semi-finalist’s recovery, when in Alicante, her place of residence, far from her circle, her body demanded more time off. It was then that she crossed the Atlantic to bring Podoroska the boost and affection she needed when new injuries began to plague her.

Nowadays she looks radiant in her favourite habitat: the big tournaments. During the US Open, she spoke to CLAY about the year she discovered how much she loves tennis. The sport she describes as not suitable for “all kinds of personality”.

– You look very good, very happy. Like you are glowing.

– I’m doing well. I’m in a good moment in my career. I lived a complicated time, the past months I went through injuries, a lot of uncertainty, so back to a Grand Slam to compete is what I wanted when I was lying in bed without being able to train. Just I’m happy to be here.

– How much did you miss this during that time when you were lying in bed not being able to train?

– Wooow, a lot, a lot. Very distressing to even think about it… yes, yes, yes, very much because I am a very active person, and injuries prevent me to train. I suffered a lot, it changes my mood, it changes everything. I had been suffering from physical discomfort in one leg. I decided to stop in order to recover. And they kept going. Then I had a bone oedema, I couldn’t walk, I had to wear a boot. Then I got a knee injury in the other leg.

– Injuries that are generated precisely as a result of the previous ones.

– Exactly. Ten months off the track is a lot for a sport that demands so much rhythm and where you compete every week. The difference is so small that losing that continuity and rhythm is fatal.

– You dedicate so much time to it, it’s your whole life, and suddenly you spend a year without doing what you like to do. Hasn’t it crossed your mind that you have to do something different? Study something, maybe?

– Luckily, despite being out of competition so much, I kept training somehow. Either I worked on the mental side, or the physical side, or the tennis side, even if it was sitting in a chair in the middle of the court. I also took advantage of being in Argentina with the people I love. I didn’t start studying anything or make any big changes, I just didn’t know it was going to be that long. Injury, I recover, I suffer, I stop, I come back. That uncertainty doesn’t let you plan anything.

– How did you batteled anxiety?

– From September to December I was able to be in Argentina with my parents. That affection and positive energy of being at home helped a lot. Then I went to Spain, I was fine because it seemed like it would be a short time before I could compete again. When I knew it would be longer, my mum was able to visit me. Then my girlfriend came to see me. That’s how it started to happen.

– Is there any activism that motivates you? Any flag you would like to carry?

– The truth is that I don’t carry any flag, not because I don’t want to or don’t like it. I love people who are socially committed, but I don’t think I have the strength and the time yet. I have lived through a revolution in my life after Roland Garros (semifinals in 2020), which generated a lot of movement, a lot of media exposure, so I’m a bit cautious. The life I have in tennis demands a lot of time, so maybe I’ll leave that for the future. 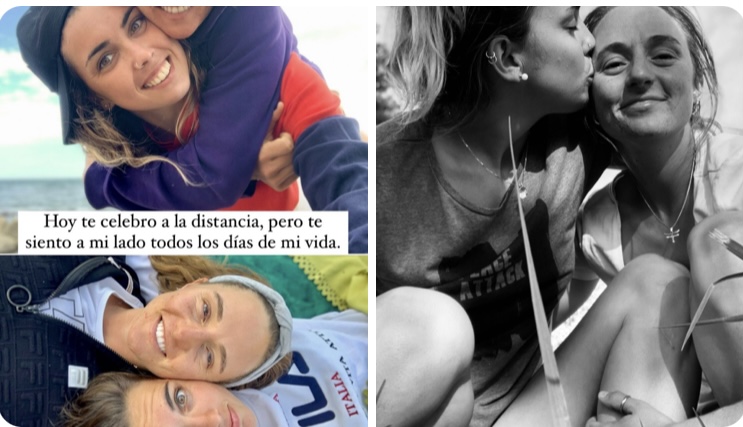 – It’s a very good place, with beach, sea and mountains. At the weekends I used to go on excursions around there to break the routine of training. It helped with the anxiety.

– Any place you recommend to visit?

– I went all around Alicante. The whole coast. I went to Valencia, Calpe, Benidorm, Jávea. Spain is a beautiful country to travel around, but well, I didn’t make any long trips, it was all just there for the weekend.

– Did you experience any personal discoveries during this stage?

– I have to go back a long time to think about this (laughs). You realized how much you are willing to do to come back, how much you want to be there competing. I couldn’t watch tennis on TV because of how bad it made me feel, I didn’t even want to look at the date because it was so many days still to go. Being away tells you how much you love what you do.

– Because what happens to a lot of people who get injured is that they discover that life can be something else and suddenly they don’t miss tennis.

– That didn’t happen to me. The first few months I took advantage of doing other things in Argentina, but then all I could think about was getting back.

– What is it like to be Argentinian on the circuit, to be blonde, to be called Nadia Podoroska, who we imagine that everyone thinks she is Kazakh, Russian, Belarusian or Ucranian and no one imagines she is South American?

– (laughs) Yes, they spoke to me in Russian waiting for me to answer and I’m like… Nooo, not a word, not even a hello. I have Ukrainian ancestry, but it’s not like the language was spoken in my home (laughs). My great-grandparents were Ukrainians, and I didn’t even know them. 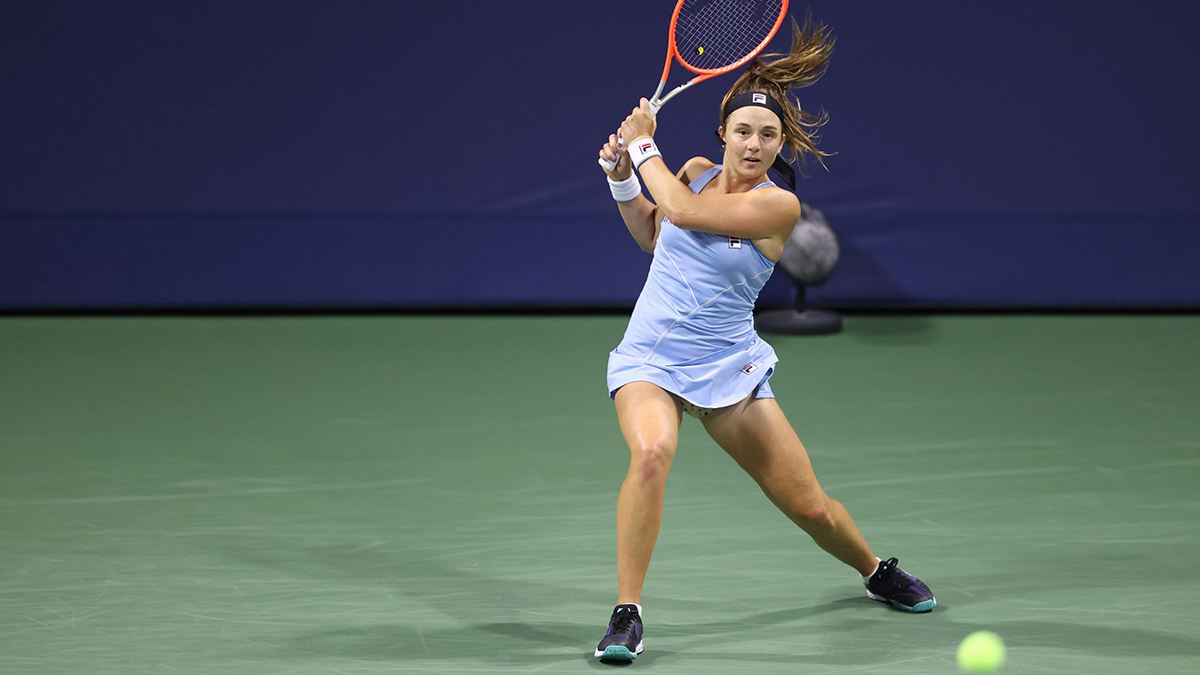 – What would you like to see happen in any way before you say goodbye to the racquet?

– I want to become number one in the world and win a Grand Slam. One of my biggest dreams is that Argentine women’s tennis develop more players and tournaments. South American players have many disadvantages. It is much more complicated to live in that part of the world. That’s why I live in Europe. It would be a dream to help change that disadvantage.

– If you had a daughter, would you make her a tennis player?

– I would let her do whatever she wants. I would give her the option to do sport, because the life of a sportswoman is very nice.