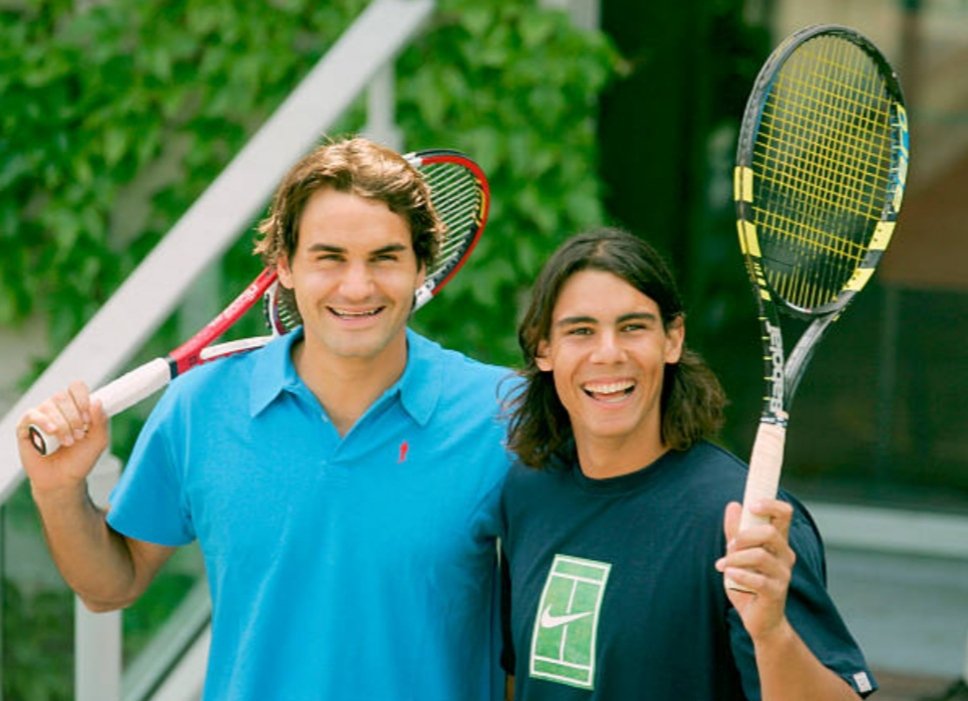 Federer and Nadal, friends forever: the perfect closure to a rivalry born with distance

Smiling, amused, complicit, excited, embraced, united. Bathed in the same tears. What was seen between Roger Federer and Rafael Nadal on the final day of the Swiss’s career was the perfect ending to a rivalry that began with distance and certain precautions.

It is no longer like that, they are now friends forever. And not only thanks to what they experienced on this historic Friday September 23rd 2022 at the Laver Cup. 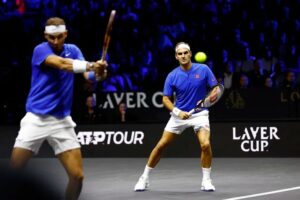 “Dear Roger, my friend and rival,” wrote Nadal on his twitter account to react a week ago to the announcement of the Swiss retirement. And it was not the first and would not be the last time he would call him “friend”.

For years, Nadal was very insistent and precise in his response to a question: “Are you friends?

The answer was always a polite “no”.

“We understand each other well, but we are not friends. Not because we are rivals, but because my friends are the ones from Mallorca. Friends are those people who are part of your life day after day,” he explained in 2014 in Basel, Federer’s homeland, to Swiss journalists Simon Graf and René Stauffer.

“We do a lot of things together, for example exhibitions around the world to benefit our foundations. I hope we will keep this good relationship beyond the end of our careers,” added Nadal, who could be said to be somewhat deluding himself.

“Friends are those people who are part of your life day in and day out,” he said eight years ago. And what did Federer end up being, if not a daily, inevitable, indelible presence in his life? How much time did he spend in Mallorca over the last 20 years and how much on the tour with Federer?

It is no coincidence that they have ended up being friends – this is not the case with Novak Djokovic, the relationship there is different – although in the beginning, overwhelmed by Federer’s aura and being five years younger than him, the Spaniard approached the Swiss almost as a figure to be revered. Which didn’t stop him from beating him 6-3, 6-3 in their first match, it must be said.

There was a turning point 17 years ago, in October 2005. Two discreet thuds sounded on the door of room 449 of a Basel hotel. Nadal opened the door.

“Hey… Hi, how are you?” replied an overwhelmed Nadal, then just 19 and a recent winner of his first Roland Garros. Thirteen more would follow.

The Spaniard couldn’t believe that the number one ranked player had come knocking on his door and was chatting to him in his room.

Federer, recovering from injury and on his first day without crutches, had decided to surprise the man with whom he was already sharing world tennis domination.

Nadal had arrived an hour earlier in Basel for dinner with officials of the local tournament, which he had to give up because of tendinitis in his knees, a joint that, along with his left foot, would cause him repeated problems throughout his career.

“Roger called me and asked me where Rafa was staying,” explained Italian Vittorio Selmi, legendary ATP tour manager. “When I told him the hotel, he didn’t hesitate: I’m coming.

Federer is from Basel, which facilitated that meeting, probably the first milestone in the unusual relationship that the Swiss and the Spaniard were building, two men who might well have hated each other, as was the case with John McEnroe and Jimmy Connors, or McEnroe himself with Ivan Lendl.

It may not have been hatred, but there was not a hint of sympathy between Pete Sampras and Andre Agassi. Let alone Boris Becker, whom the Australian Pat Cash still remembers with rage for how badly, he says, he treated him.

The two “R’s” could have had plenty of reason to look down on each other, to badmouth each other. And that danger was smelt by some of the people who were closest to them. Selmi and Benito Pérez Barbadillo, responsible for Nadal’s communication throughout his career, were no strangers to the preparation of that meeting that left a shocked 19-year-old Nadal and a happy 24-year-old Federer.

“It was a detail, obviously, from Vittorio, who gets on very well with both of us,” Nadal recalled years later. That was the beginning of an era of “peace and love” in tennis that would continue over time.

The Basel meeting had been previewed hours earlier, shortly after Nadal had won the Madrid Masters Series on Sunday night, one of the most important successes of his career until then, because it meant winning a major indoor tournament on a fast surface.

A while after the victory, his phone vibrated with an incoming SMS (there was no WhatsApp): it was Federer greeting him with an absurd and sympathetic mixture of Spanish and Italian.

Seven years later, the idyll between Federer and Nadal was briefly broken. In 2012, at the Australian Open, Nadal exploded, accusing Federer of pretending to be seen “as a gentleman” while the others “got burned”. It was an unusual display of tension between the two rivals, situated in different positions on the future of tennis and its political direction.

They lost that last doubles match that brought them together, but that was the least of it. Nadal had confessed hours earlier that the rivalry with Federer is a senasation he will “never” have again, and the Swiss, in tears, sought to hold his own at London’s O2 Arena.

“Everything has one last time. It’s been a great day, I’m happy, I’m not sad. I didn’t want to go out there alone, I wanted to say goodbye as a team.”

And then he cried again, and then tears flooded down Nadal’s face. The same tears, the same emotion. Federer and Nadal, Roger and Rafa. Friends forever.