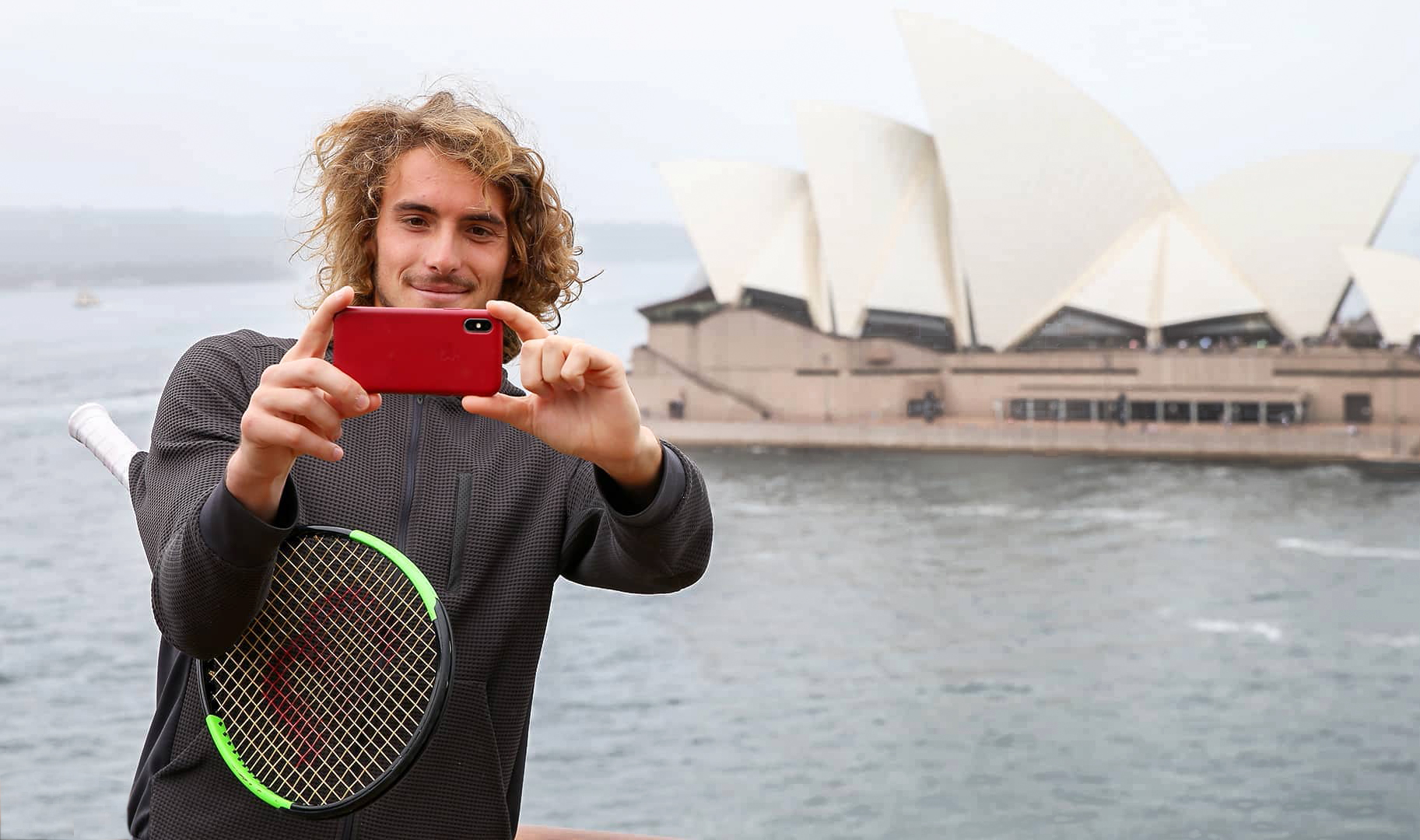 Stefanos Tsitsipas, the aussiest among the greeks

MELBOURNE – Understanding the Australian way of speaking is one of the most complex challenges for anyone who’s learning English. Especially the accent and slang of that typical suburban, thin, blond, mustachioed like in the seventies, long-haired character who makes no effort at all to be understood by non-native speakers.

Check out this delusional example on Youtube. The most aussie interview ever.

On Monday night, in the on-court interview after his first-round win at the Australian Open, Stefanos Tsitsipas rolled out his Aussie slang to continue romancing his audience.

“Crikey! That was a ripsnorter, mate.”

“Wow! That was really excellent, my friend,” is the meaning for such a local sentence. A totally appropriate phrase for the flawless tennis of Tsitsipas, who beat Frenchman Quentin Halys in straight sets. 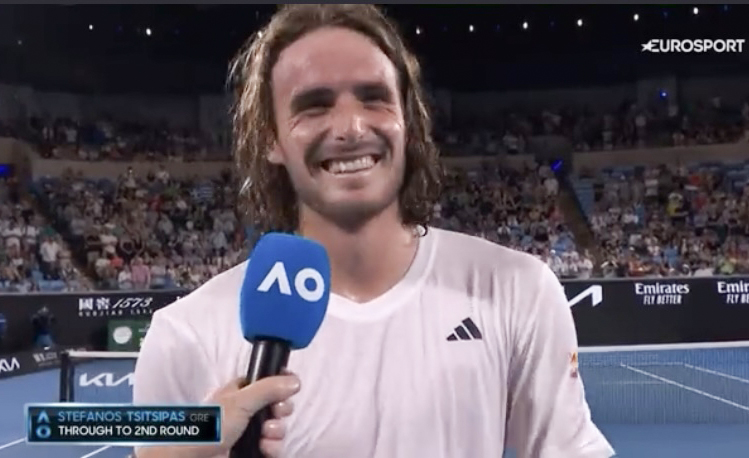 “I’m happy to be playing flat out, like a lizard on the water,” he continued to say that his game was at top speed.

His fans laughed and former Australian tennis player Todd Woodbridge who was interviewing him, celebrated his effort in front of the always large Greek community residing in Melbourne, whom Tsitsipas calls “his cousins.”

“Happy to have taken the bisquit at the end,” he added. In other words, happy to have closed out the match.

Tsitsipas is a tennis player different from the rest. He is passionate about languages, photography and travel. In the words of his manager, he is someone who “would rather be a film producer than play PlayStation”.

In Melbourne he trained with the Japanese football jersey and showed his interest in their way of living and admiration for the fighting spirit of the Samurai. Last month he posed with the Argentinian ahead of their matches in the World Cup. They are still moves by his sponsor Adidas, but they nonetheless represent his multicultural interests.

“I’m committed.”, Tsitsipas says. With the local lingo, with his audience and with being a new Grand Slam winner.

Good on ya, mate!

(this is a translated version of CLAY’s newsletter in English. Daily during Grand Slams)