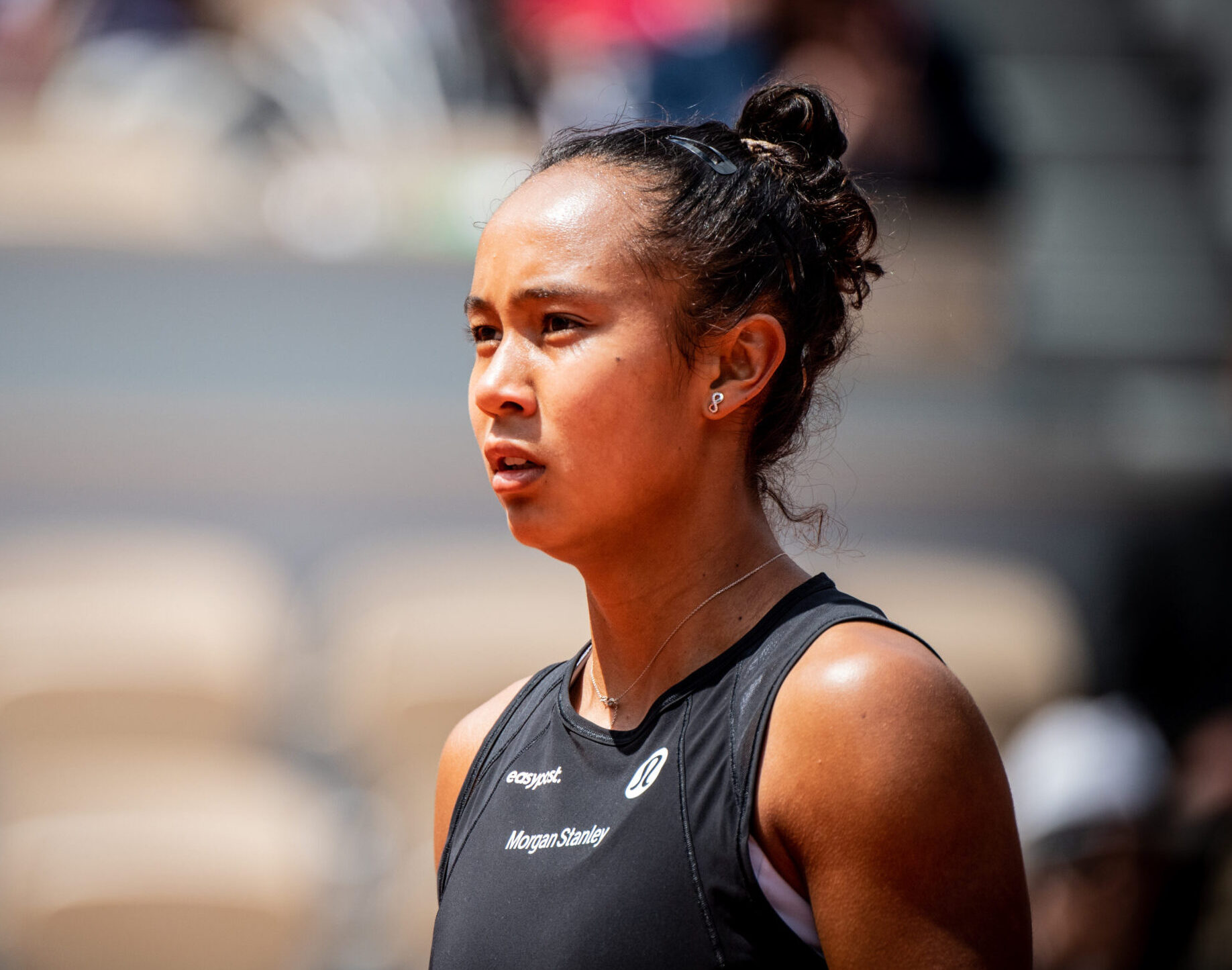 NEW YORK – Canada’s Leylah Fernández hides her arms through the sleeves of her t-shirt. Right after the entrance of the US Open’s media centre, in the interview area, the blast of the air conditioning feels very strong. It always chill several people to the bone.

“Whenever I come here it’s always extremely cold. Americans love air conditioning,” 2021 US Open finalist complains at the beggining of the interview with CLAY. She prefers warmer scenarios: dreams with surf, loves the beach and wants to visit the Galapagos Islands with her Ecuadorian grandmother.

As a runner-up in the North American major, she made her name known around the world, when she was still a teenager. She was up against Emma Raducanu (18 at the time) and the crowd went wild. The budding rivalry between two young players in the deciding match of a major tournament generated more attention than the next day’s match between Novak Djokovic and Daniil Medvedev.

Fernández is a mix of races and cultures: her father (and coach) is a former Ecuadorian footballer. Her mother of Filipino roots was born in Canada. He speaks fluent French, English and Spanish: “Unfortunately I still can’t speak Filipino. Is way too difficult.”

– It’s a good indicator that the final in New York last year between you and Raducanu got higher ratings than the men’s final. Do you think people want to see more of these rivalry matches in women´s tennis?

– Rivalries are good, healthy for the sport.  Mine with Emma is something new, exciting to look forward to. I don’t think Emma will be my only important rival, there is also Coco (Gauff, 18), there’s also Iga (Swiatek, 21) up there, so it’s just gonna be a great group of girls who are coming up doing great things. There are gonna be many interesting rivalries between us, not just me and Emma.

– What is it about your generation that makes it special and different from the rest in tennis?

– We are just new. In my generation the tennis players are fresh, new faces. We are honestly just following the foodsteps of the older players. Because they’ve built the path for us and we are just trying to follow it. Hopefully get to a quarter of their achievement, because what they’ve done to the sport has been nothing more tan extraordinary. Honestly I think we are doing a good job and we are bringing more and more fans to the game. That’s all we can ask for. 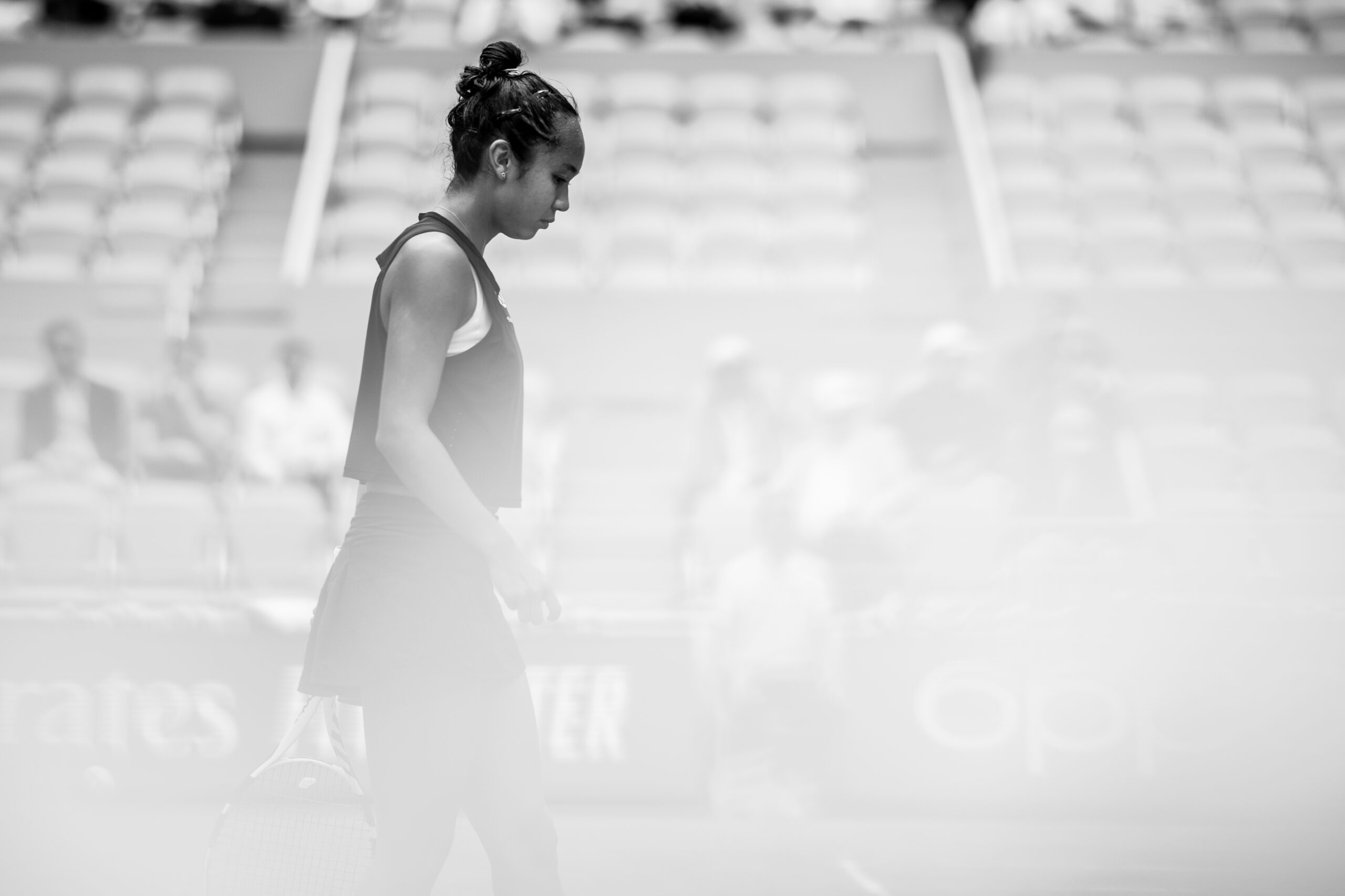 – You represent a mix of cultures from different parts of the world. How much do you value your multicultural heritage? Are you interested in learning more about your Latin and Asian roots?

– I grew up like in a Latino household and we always try to keep that alive. Recently the last couple of years I’ve been getting more into the Filipino culture, trying to learn more about my mum’s family. At home I’m talking more in Spanish with my family. In court I speak Spanish with my dad, who is also my coach. Unfortunatly I dont know the filipino language, it is a hard one, with different dialects.

– Totally agree. Now I think I’m more interested about their food. My mum makes it time to time at home. We always try to keep refreshing our culture in the family. Not only I’m proud of where I come from, but also I use their strengths to my advantage on the tennis court.

– Both Ecuador and the Philippines are countries with a lot of coastline and marine life. Do you like the coastal lifestyle?

– I love the beach. I haven’t surfed yet, but is one of my dreams. I do love paddleboarding, or going on a kayak. Unfortunatly I don’t like seafood, but my sister and my dad love it. I get that from them, but I think once I grow older I’ll get acquired taste of it.

– Have you ever been in the Galápagos Islands?

– Not yet, but I know my grandmother wants to take me on holiday, so we’ll see.

– Have your grandma spoke you about the gigant tortoises?

– She has told me that the archipelago is too pretty to describe. So we should see it ourselves.

– What other interests do you have in life besides sport?

– That’s hard to say because I’ve been around sports all my life. I’ve always loved watching football. Rather than sport, a big interest is to spend time with my family. I’ve been traveling so much and I haven’t spent so many holidays with them. Family time has always been precious to me, so watching movies, going shopping with them are those kind of moments that I appreciate most.

– Not interested in arts, ecology, or politics, to name a few other areas?

– I’m taking school right know so I’m still trying to figure that out. It’s hard because I have been surrounded by tennis so much, but I do love watching mysteries, so I like to try to solve some crimes while watching TV. My older sister is a dentist, so I’m kind of curious about that, knowing that I will never be able to be a dentist, and I don’t have the skill set for that. But I’m curious about that bussines.