What it feels like to break a racquet? Fernando Gonzalez is honest about it

SANTIAGO, CHILE – “How does it feel to break a racquet?” the moderator of the conversation asks Fernando Gonzalez.

“It’s a relief. Now I can say it. And well, also because you didn’t buy them”, says the Chilean, former world number 5.

Gonzalez recalls a time when he was tremendously frustrated. It was the first time he smashed a racquet: “I tried to let off steam and I couldn’t. I was anguished. I was distraught. Until I grabbed the racquet and broke it into Little pieces. It felt like a rebirth. Then I got into this habit, I don’t know if it’s good or bad. From the outside it looks horrible, but for me it was a relief”.

The Chilean didn’t defended the act of destruction of the most precious instrument in tennis. No. It was simply an honest confession during the presentation of the book that chronicles his carrer. Gonzalez chatted in a relaxed tone during the event that celebrated that his legacy is now to be stored in libraries and sold in bookstores.

“Fernando González, the best forehand in history” is the sports biography of the triple Olympic medallist, written by journalist Gonzalo Querol. 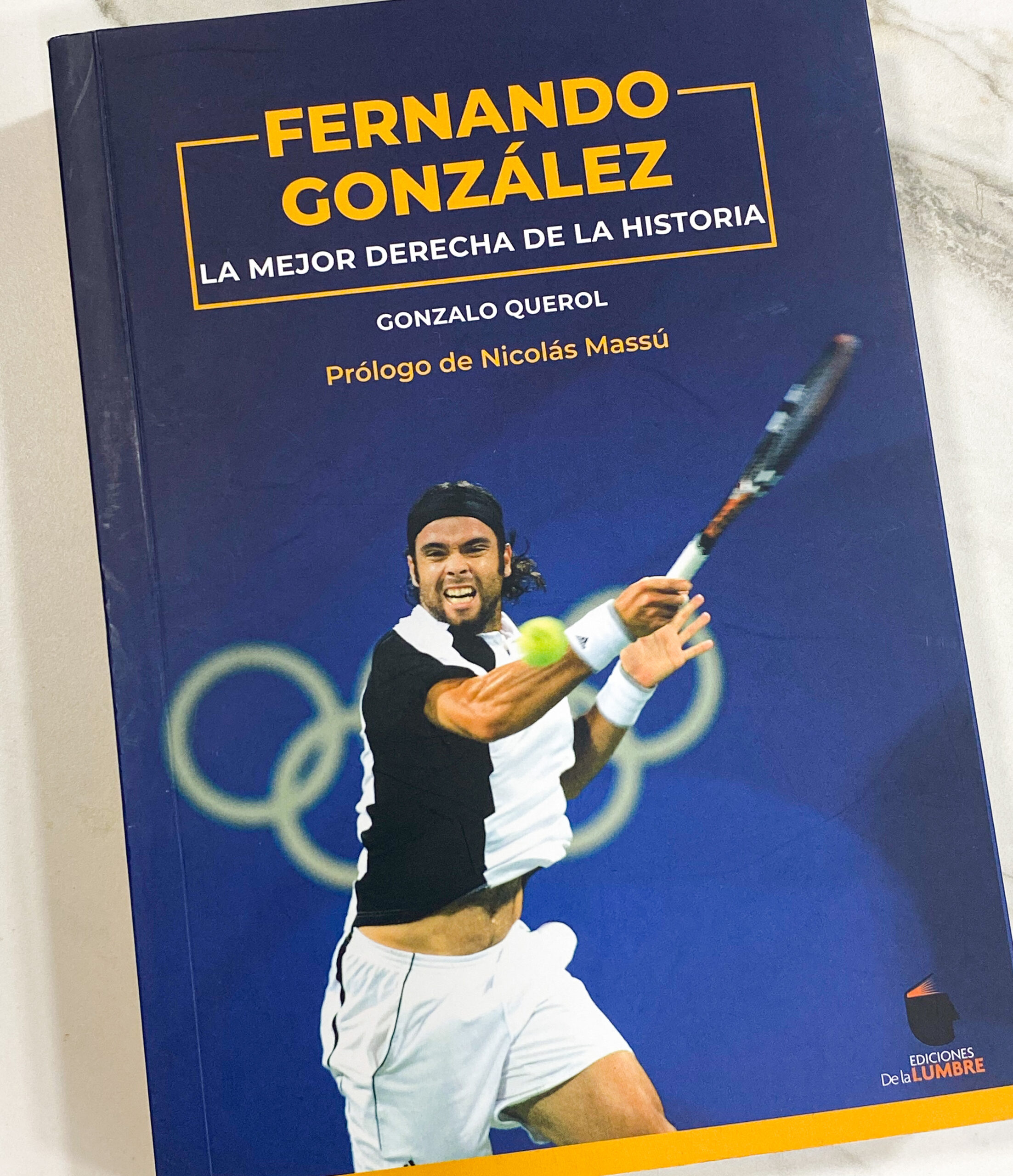 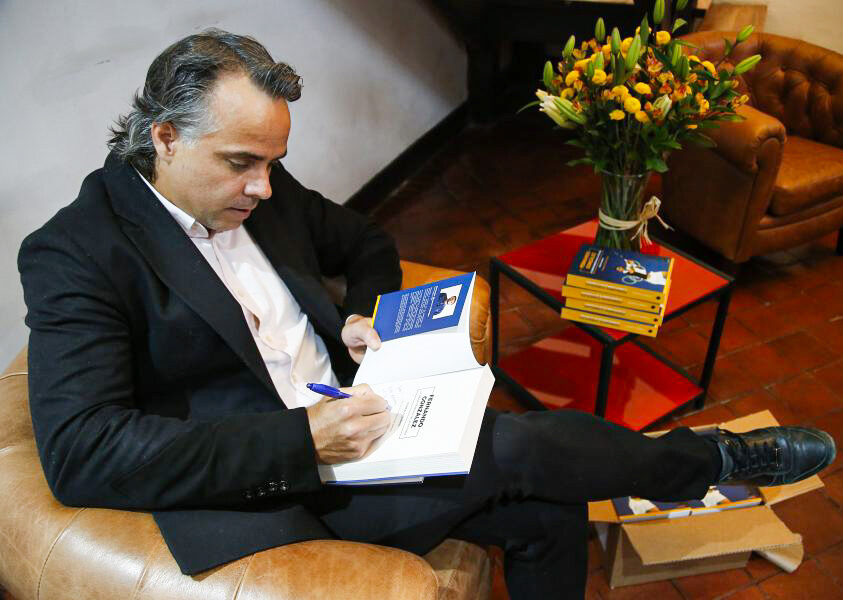 Querol presents it after six years of work, most of that time without yet contacting González, until he had the first draft of the text that delighted the 2007 Australian Open runner-up. “You were acting behind my back,” the tennis player jokes. González then committed himself to the completion of the book.

The author began by reliving the recordings of the matches on Youtube. Then, his first interviewees were the Argentinean stars of the beginning of the millennium. Guillermo Coria, David Nalbandian, José Acasuso and Mariano Zabaleta. “La Legion” knows the Chilean tennis player well, of whom he was a contemporary.

They were followed by about 70 interviewees who nourish with memories, anecdotes and good stories one of the few tennis books that have been published in Chile.

The pandemic helped Querol to progress his work. “Everyone answered during the lockdown. That’s when the book advanced from 40 to 80 percent,” says the man born and raised in La Pincoya, a slum in the northern part of Santiago.

“Many people are ashamed to say that they come from below. The opposite happens to me. I had a beautiful childhood in the suburbs. The only tennis lessons I ever had in my life were there. At that time my dream was to play tennis like González and (Nicolás) Massú.

Querol, a lover of long-term work, studied sports journalism in Buenos Aires: “I fell in love with research. I’m motivated by jobs that require a lot of interviews, data, statistics… anything that requires a lot of preparation. That’s what I love and that’s what the book has”. 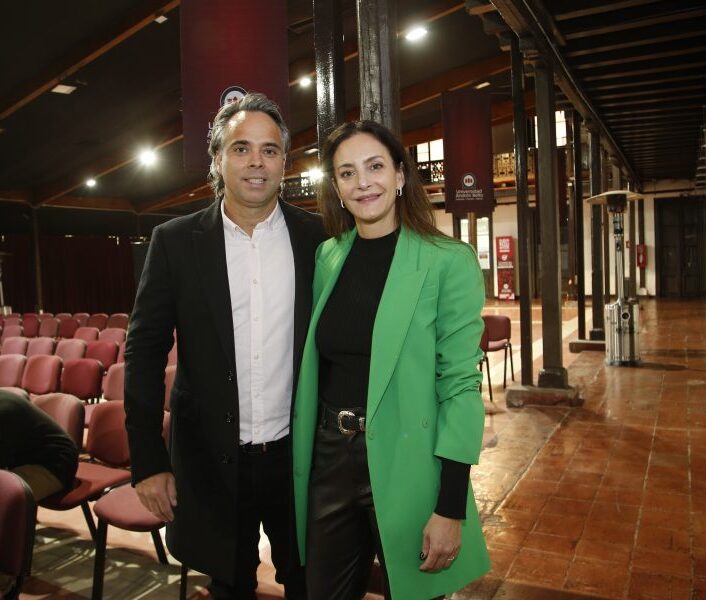 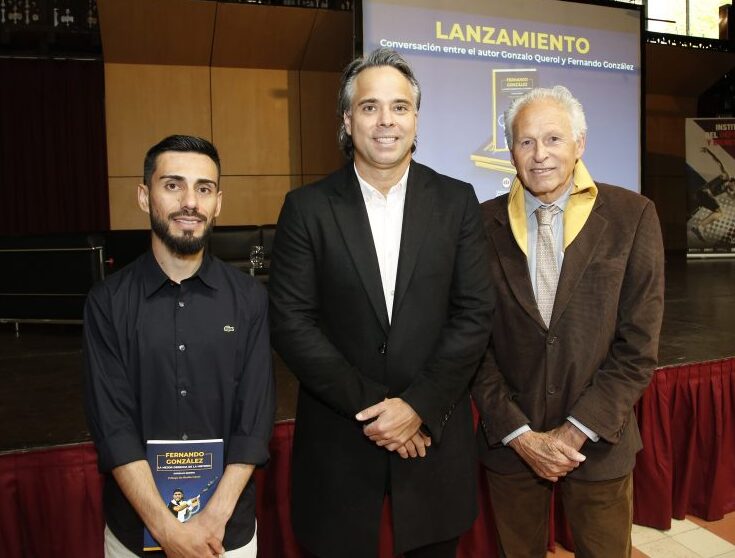 Prologue by the friend and rival

“Being contemporaries made us both stronger. Playing against each other helped us a lot, there was a nice rivalry that, since we were kids we understood it, it pushed each other to the top”.

Nicolás Massú’s words dedicated to his best friend on the tour open the book. Dominic Thiem’s coach and also captain of the Chilean Davis Cup team is a fundamental part of Gonzalez’s career. Each one’s tennis history cannot be explained without the other one.

“Nico was very important. Our only close reference was (Marcelo) Ríos. We complemented each other. We are very good friends and at the same time very different people,” admits Gonzalez.

“When we played doubles, we knew how to motivate each other. ‘Did you notice how he looked at you’, things like that I would say to him to fire him up. The problem was when we were both het up, but always when one of us got off the chain, the other was there to calm him down,” recalls González.

And there he begins to reminisce – once again – about that glorious August 2004, when he and Massú gave Chile its first ever Olympic gold in Athens. “We were like the Rolling Stones,” says Gonzalez, and the comparison with the British band is not exaggerated when taken locally. Thousands cheered them on when they returned to Santiago weeks later, as they toured the streets in an open-top bus.

Also in singles Massú took the gold, González the bronze. In doubles it was the conquest of the gold medal that ended the historic absence of a country at the top of the pódium, after a five-set match against the German duo of Rainer Schüttler and Nicolas Kiefer.

In the tiebreak of the fourth set the Chileans saved four championship points in a row. “If we play that match 20 times we lose them all. We were very tired. Two sets to one down, 6-2 in the tiebreak. Any tennis player at any level knows that it’s very difficult to comeback from that score, especially in doubles. But we didn’t think anything of it at the time. Today I watch the videos again and it even makes me anguish”.

He didn’t cry in Greece, but he did in China, four years later. Also with a medal option, this time without Massú. Semifinals against James Blake in Beijing 2008: during a crucial moment of definition, the North American threw a passing shot to the body of González, who dodged the ball. It was called out, but it did slightly hit the Chilean’s racquet frame. Knowing that it had been like that, the Chilean pretended not to know. Brazilian umpire Carlos Bernardes did not notice.

“He (Blake) made a nasty one earlier that was not noticed. A second serve of mine hit the net and then falls on the line. He called Hawk-Eye to cut my rhythm. Then I made a double fault,” he told Querol in the biography.

“Losing to Fernando was very tough, he saved some match points. A lot of drama, but it just happened and I still have good memories of those Olympic Games,” Blake said to CLAY during the last Wimbledon, avoiding referring to that controversy.

“I haven’t realized what it was like to play and beat all the legends,” says the man who beat each of the Big Three at least once. Also Sampras and Agassi, of whom, years before he turned pro, he had posters in the walls of in his bedroom.

It has been 10 years since he retired from professional tennis at the Miami Open. And there are already 300 pages to remember that career.